I don’t use a Mac. But I love Apple way more than i love IBM or Microsoft, the two companies most responsible for my laptop experience.

Why do i love Apple? As Seth Godin explains, because they are cool.

In a sign of just how cool they are, they have an RSS page where you can subscribe to all kinds of RSS feeds about iTunes data. Want to subscribe to the top 5 new alternative singles? You can do it here.

I don’t know if my experience is normal or not, but here are the statistics so far on my AdWords campaign using the keyword “venture capital”.

that means the same keyword is 6 times more effective generating a clickthrough on a search than a contextually placed ad.

on the other hand, Google is able to run my ad 8 times more often on contextual placements than paid searches.

it seems to me that search is a lot more effective, but there’s a lot more available inventory in the contextual networks.

Paul Ferri, one of the legends in the venture business, is quoted in the most recent issue of Private Equity Analyst (not available online) as saying that the venture business is headed for some really tough times. He is recommending that his investors (called LPs in the industry vernacular) stop putting money into the business right now. That’s a tough call but Paul has got the credibility to back it up.

His reasoning is two fold. First, he thinks there are too many inexperienced VCs in the business doing silly things with the LPs money. I think he’s right about that, but I also think that’s slowly changing as the business shakes out and the less experienced managers leave the business or get the required experience to become better investors.

His second reason is something I call venture fratricide. This is when a entrepreneur with good idea is funded by a small group of VCs and the idea is then “knocked off” by a bunch of other entrepreneurs backed by a bunch of other VCs. It’s happened so many times in the venture business that it would be too hard to name them all. But everyone’s heard of the 50 disk drive companies funded in the mid 80s, the 20 gigabit router companies funded in the late 90s, the 10 social networking companies that have been funded in the past three months, and the list goes on and on.

I’ve been on the recieving end of venture fratricide a number of times. It “sucks balls” as Jerry’s son says. The first company often spends a lot of time, money, and energy developing and evangelizing an idea and the “fast followers” often benefit from “drafting” on them and then passing them at the first opportunity.

I don’t think there is any way to truly end venture fratricide other than a major shakeout in the venture business. And it would have to be a very large shakeout, much larger than the one we just went through. I honestly don’t think that’s in the cards right now.

I think there are some things that can be done though. The first thing is that LPs (who write the checks to fund the VCs) should look hard at the portfolios and figure out which VCs are the ones who tend to fund the first and second companies in an emerging market and which ones are the ones who fund the fifth through tenth companies. They shouldn’t give money to the VCs who are funding the fratricide. That takes a lot of work, but the best LPs are smart enough to do it and they should.

But until all of this policing of the venture business happens, if it ever does, i think the only thing a VC firm can do to protect itself from venture fratricide is stay small, avoid overly competitive markets, build your best companies quietly, and avoid “me too” investing at all costs. This may mean passing on some deals you’d really like to do, but that’s an important part of the venture discipline.

So that’s a long way of saying that I agree with Paul’s analysis of what’s wrong with the venture business. But its not complete. In fact, I believe the VC’s tendency to overfund companies is a much larger issue than inexperienced VCs and venture fratricide.

I also don’t agree with Paul’s conclusion that these problems will make it impossible for VCs to deliver good returns to investors. We’ve been dealing with these issues in the venture business for a long time now and they haven’t ruined the business yet. I think innovation and entrepreneurship are the best things about our capitalist system and the venture business is the engine that monetizes them. That’s a recipe for solid returns for a long time to come.

I’ve been running AdSense on my blog for almost a month now and I’ve learned some interesting things.

1 – though i’ve got four ads running at the same time on my blog, they are almost always targeted off the same keyword. for some reason, AdSense doesn’t mix it up in the same ad block.

3 – venture capital is by far the most valuable keyword. blog is less valuable and spam filter generates almost no value. as an example, yesterday my blog was generating a lot of spam filter ads. I got six click throughs and a very high CTR of 3%, but made almost no money. That’s because these spam filter ads pay so little. I make the most money when AdSense decides to run venture capital ads on my blog. The CTRs are good and so is the rate.

So I think there is an opportunity in these contextual networks to give the publisher (me) a bit more control over the ads that run on my site. I’d like to be able to mix the keywords in the ad block and even more importantly, i’d like to state a preference for which keywords run on my blog to maximize the dollars coming in and the relevancy to my audience.

Perhaps Google should build some tools to allow the publishers to do this stuff.

One of my top ten all-time bands is The Clash. They won’t be making any more music because Joe Strummer died in late 2002. But there’s a great new band that sounds a lot like them.

They are called The Libertines and their most recent album, Up The Bracket, was produced by The Clash’s Mick Jones. Just listen to the second song, called Death On The Stairs, and you’ll think you are back in 1979 listening to London Calling.

I found out about this band from a discussion between Jason Chervokas and Tom Watson about Tom’s post on Johnny Thunder.

What do New Yorkers do when they move to LA?

Go to a jewish deli for breakfast and then hit the LA version of Coney Island – the Santa Monica Pier. That’s what we did yesterday morning before heading back to NYC for the real thing. 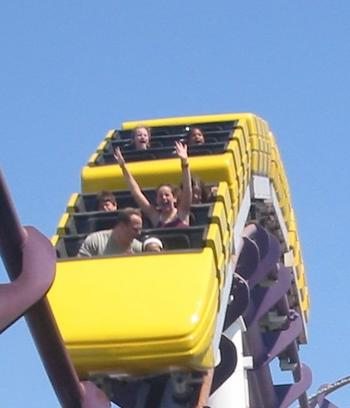 Discuss on Twitter
View Discussions
#Blogging On The Road
Mar 28, 2004

It's A Small World After All

We spent a day at Disneyland last week. Even though I’ve been there (including Orlando) somewhere near 10 times now, i still get a kick out of it. It’s a magical place.

We did all the usual things. Here’s a picture of the Gotam Gal having fun on the Toon Town roller coaster. 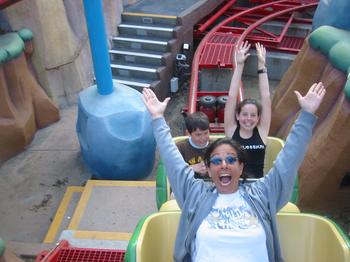 But what makes the place so special is Walt and Mickey. Here’s a picture of the kids hanging with them. 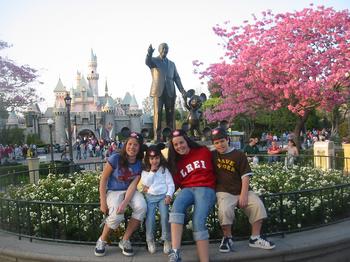 Walt was an amazing guy. We could use a few more like him these days. He had it right when he built a trip around the world called It’s A Smallworld After All. 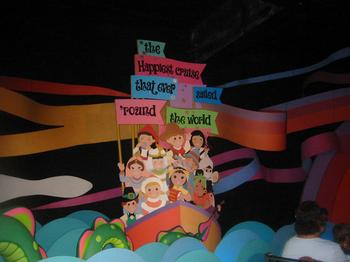 Discuss on Twitter
View Discussions
#Blogging On The Road
Mar 27, 2004

If the Bush Adminstration and their attack dog cronies would spend even half the energy they spend on attacking their critics on addressing important issues like homeland security, jobs, and energy, we’d have a much better country.

I am sick of the jerks who run this country!

Seth Goldstein (the third Flatiron alum blogger that i know of – there could be more) has a great post on soft dollars and transparency. As I wrote in my previous post on wall street research, there’s a lot going on in this market sector and i find it very interesting.

What a great idea.

The CEO of Alacra, one of my portfolio companies, has started the Alacra Blog.

Steve Goldstein is the primary contributor to the blog, but i am sure there will be guest postings.

This is a great way to communicate what he’s thinking about his company, his market, his products, and probably a whole lot more to his customers and his employees. I love it.