My biggest reservation about the war in Iraq has always been that it was likely to foster more ant-american hate, and the resulting terror, than less. And now I see shit like this in the NY Times this morning: 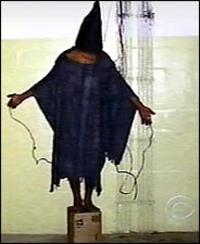 We are screwing up big time. War is hell. Bad stuff happens. John Kerry talked about the “war atrocities” he witnessed when he was in Vietnam. I don’t blame our troops over there. They are just dealing with the reality of the ugliness they find themselves caught up in.

I blame the guy who sent them there. George W. Bush has unleashed a wave of anti-americansism that is making us less safe, not more safe.

And I’ve had enough of it.