MP3 of the Week/Song of The Day 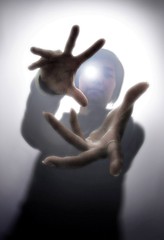 This post is inspired by an amazing film that the whole family saw on Saturday night called The Illusionist. The film is about magic – the art of illusion – and its simply fantastic. I am not going to say more because you just have to go see it.

But magic has been on my mind in the past day or so and so have the new records from M Ward and Ben Kweller which are both in serious heavy rotation in our house right now.

And both records have songs about magic on them.

M Ward’s is about a girl who disappears. It’s a very short song, less than 2 minutes in total that seems like it was recorded live (on a studio record?), but it’s a great song and classic M Ward.

Ben Kweller’s song is longer and features a really excellent guitar/drum beat throughout the whole song. I love the way Ben sings this song. Again it’s the girl that is magic.