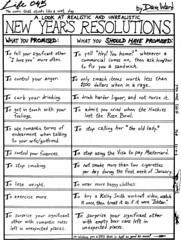 I know its early to be making a New Year’s Resolution, but I’ve made up my mind and so here it is:

I am going to remove Microsoft from my life in 2007. I made the move to Apple in 2006. But I have simply adopted the same Microsoft apps I used on my ThinkPad – Entourage/Outlook, Word, Excel, Powerpoint. I haven’t used Internet Explorer since making the switch and that’s gone fine.

I’ve been having huge problems with Entourage. I’ve known for months that I have to get off of it. It’s slow, bloated, gives me beach balls all day long, and it stinks as a mail app anyway. The only plus is it synchs with Exchange. But I may have to drop Exchange too or find a native Mac app that synchs with Exchange.

But I wasn’t planning on dropping all Microsoft apps until I saw this news today. Office 2007 apps – Word, Excel, Powerpoint, etc use "open XML formats". They should be called "closed XML formats" because Office for Mac won’t be able to open them.

It will be fun to use Google spreadsheet, Writely, and other more web native apps anyway. Not sure what I’ll do on airplanes, but I’ll figure something out.

Starting Jan 1, 2007 I will be on a mission to remove Microsoft from my life. It’s long overdue.