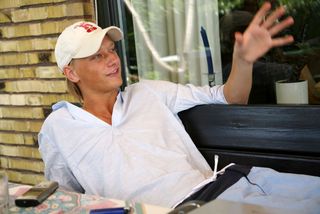 I saw this tweet today and my heart sank

Martin Schaedel was someone I met on the internet and got to know a bit over the past few years. He was a funny and mysterious guy. I am not sure he really lived anywhere. He was a VC or an entrepreneur or something else. He was always scheming and working on something.

As Jared Kushner, who Martin introduced me to, said in an email to me this afternoon:

He had great energy, a thirst for adventure and some of the best networking skills I’ve ever seen.

Everytime I met with Martin he would introduce me to at least five people I had to know. That's how he was.

It seems that his thirst for adventure did him in as he died in a plane crash at Santa Monica Airport yesterday. His twitter feed suggests that they were doing some stunts.

I looked all over the Internet for a picture of Martin. He took photos of people everywhere he went but there are no photos of him that I could find. That's typical of the mystery that always seemed to surround him.  [update – finally found one, not great, will keep looking] [update#2 – michiel sent me a photo of martin which I added above]

His blog is called Hello Martin but today, unfortunately, we have to say Goodbye Martin.

Update: Twitter says goodbye to one of its own. This is worth reading particularly if you knew him.

UpdateNextDay: Martin spent the morning of his last day strategizing with the team from GumGum. This photo is from that session and perfectly captures the Martin I knew. Thanks to the GumGum team for sending it to me. And this is the best post I've seen on Martin from a really good friend. 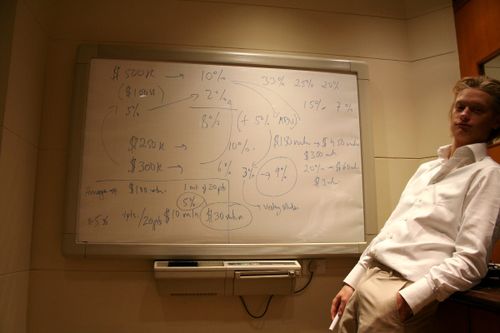