But the most recent comScore numbers tell another story. 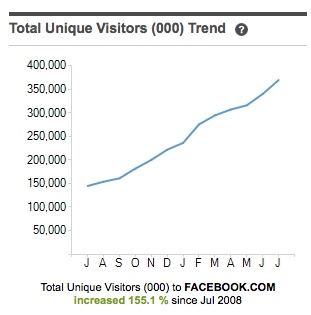 In the month of July 2009, almost 370 million people worldwide visited Facebook, up 155% from July 2008. Facebook is a global juggernaut. It is the fourth most popular website in the world after Google, Microsoft, and Yahoo!

This reminds me of all the Twitter Quitter stories I've read. People do quit Twitter. A lot of them. But here are the July comScore numbers for Twitter. 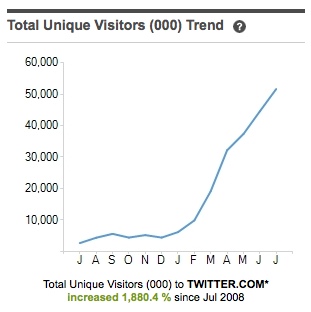 In the month of July 2009, about 52mm people worldwide visited Twitter, up 1880% over July 2008 and Twitter is the 47th most popular website in the world according to comScore.

Here's the deal, churn is part of online media, particularly social media. People come and go. Some stick around, some don't. These stories about quitters are true of course, but they miss the big picture. More and more people are using these services every day.

Of course, Facebook and Twitter and every other web service out there should pay a lot of attention to why people are quitting their services and address those issues. The best services reduce churn over time. I don't know the exact numbers, but when we first invested in Twitter, it seemed like only 10% of first time users stuck around. Now that number is much higher and is one of the reasons why the service is growing faster.

So when you read these quitter stories, take them with a grain of salt. And make sure to look at the bigger picture at the same time. It may look very different.

Disclosure: For those that don't know, our firm is an investor in Twitter and I am on the board of the Company.