Bill Gurley has a great post on Above The Crowd called "What Is Really Happening To The Venture Capital Industry?"

Let's start with his picture. It tells a thousand words. 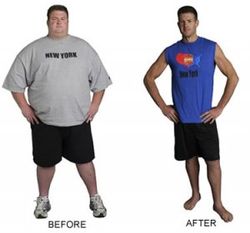 I don't think the VC industry is going to be the biggest loser though. I think we'll be the biggest winner. Just like someone who takes off 100 pounds and gets healthy again.

Bill's assertion is that a few brilliant investors raised their allocations to alternative assets in the early 90s from low single digits (say 5%) to high double digits (sometimes as high as 25%) and supercharged their returns. Everyone saw the results and copied them. What worked in a small way with a few investors doing it failed to scale (as always) and the alternative asset classes got overfunded and returns plummeted.

Bill makes the related point that venture capital is actually a small player in this story and the buyout business is the big player. He predicts that as this overfunding of alternative assets unwinds over the next decade, we will see dollars flowing into buyouts and venture capital decline by at least 50%.

I think Bill's analysis is spot on, but we also need to add the fact that all of this happened in parallel with the Internet and Telecom revolutions. Around the same time that smart investors were scaling up their commitments to venture capital and buyouts, the venture capital business had some of its best years ever. Venture capital funds that were raised between 1994 and 1997 put up fantastic returns. So these smart investors who doubled, tripled, or quadrupled down on VC and buyouts also timed those bets brilliantly.

None of this was repeatable or sustainable at scale. The venture capital business has now produced ten years of single digit returns (at best) and people are calling it "broken".

Regular readers of this blog have heard me opine on all of this ad naseum and you know where I stand on it. We need to get the venture capital business back to raising and investing less than $20bn per year on a sustainable basis. We are there now in terms of dollars being invested in startups. The last quarterly numbers were sub $4bn. And the amount of money coming into the VC business this year will be even less than what is going out.

The diet has begun. We are getting healthy again. I can see it in the market and I believe we will see it in the returns soon enough.