I've often thought this analogy is pretty spot on. 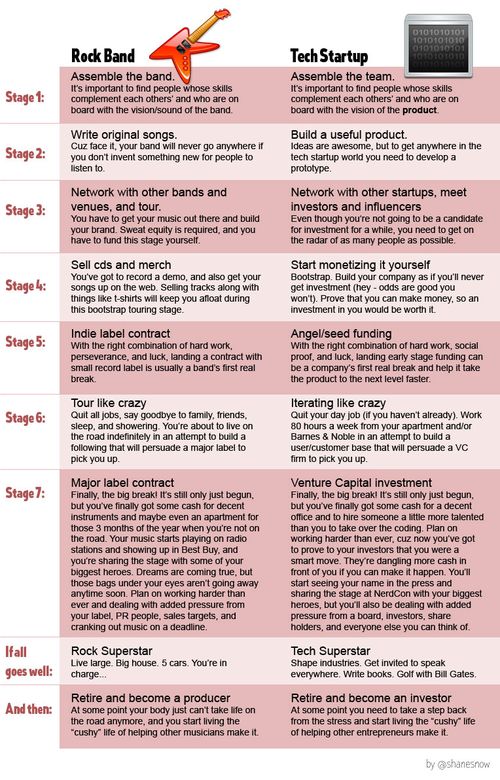 The image comes from this blog post from shane snow.