And I think privacy is like that. You either want to be totally public or totally private, but never sort of private and sort of public. It's just too complicated to be semi-private. That middle ground is treacherous.

If you look at the Foursquare checkin screen: 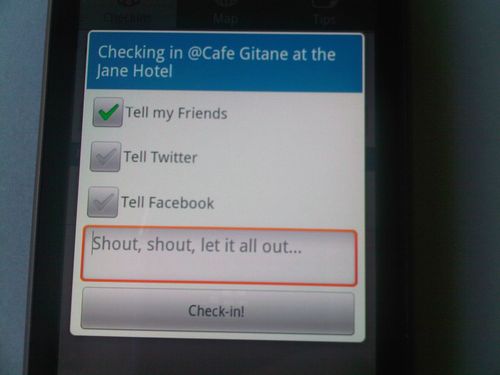 The problem Facebook is having right now is that they are sort of private and sort of public. I think of them as a public channel. I don't post anything to Facebook that I don't want everyone to see. But that is not how many of their users see them. I believe Facebook is going to have to choose to be either totally public or totally private or they are going to gradually cede their social graph to services that stake out the totally public or totally private territory.

Privacy is pretty black and white. It either is or it isn't. And trying to have it both ways won't work.