This chart is from a deck put together by Hal Varian, Google's Chief Economist 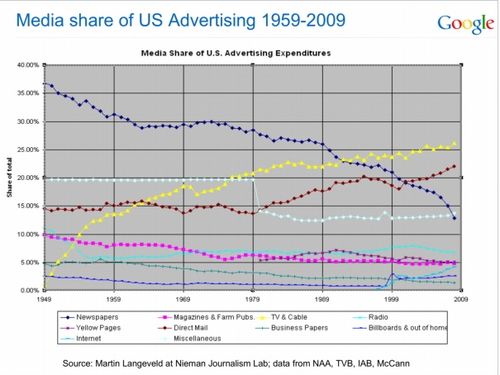 The thing that jumps out at you is the long and structural decline in newspaper ad revenue as a share of the total market. And that's why Hal put this slide in his deck.

But what this chart says is that over that past decade Internet has gone from nothing to 5% of all the ad spend in the US.

Time to get get out our checkbook and start making some more bets.