A Day On The Normandy Beaches

I grew up in an army family, read a ton of military history books as a kid, and know the story of D-Day like the back of my hand. But in almost 50 years, I've never visited the beaches where US, British, and Canadian troops landed on June 6, 1944. Today we rectified that. I went with the Gotham Gal and our son Josh.

We started at the western edge of Omaha Beach at Pointe Du Hoc where Army Rangers climbed steep cliffs to take out german guns that could have caused havoc on both Omaha to the east and Utah to the west. Turns out that the guns weren't there but 5 miles away. Even so, those Rangers ended up seeing a lot of difficulty in the ensuing days. This is what the area above the cliffs looks like. You can still see the effects of the allied bombs that softened up the german defenses in the days before D-Day. 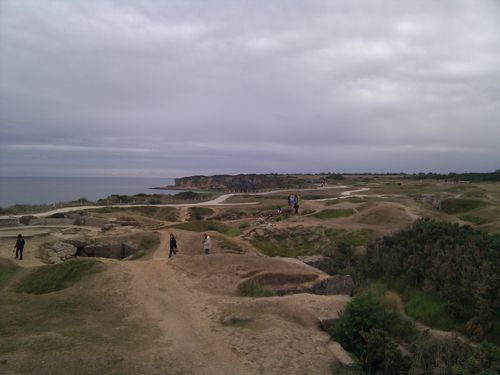 At Pointe Du Hoc, I got an interesting lesson in the differences between my generation and my son's generation. We walked off the path onto this open terrain and Josh said, "wow, they really nailed this in Call Of Duty." Turns out Josh has played this battle more times in Call Of Duty than I read about it in books as a kid. I found out today that he had learned a lot about D-Day playing video games.

Next stop was Omaha Beach. The first thing you notice about Omaha Beach is how wide it is and how much territory the troops had to cross to get the safety of the sea wall and the bluffs. 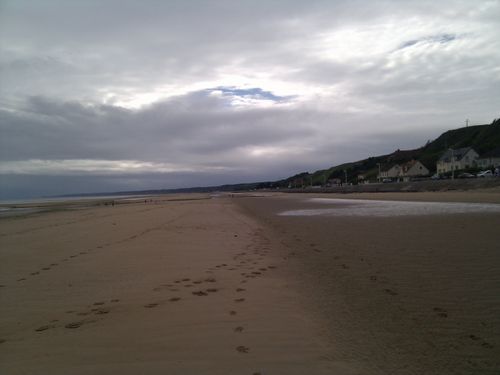 After visiting Omaha Beach, we visited the American Military Cemetery where about 10,000 US troops are buried, many of whom died on D-Day or in the ensuing month long campaign to secure Normandy under Allied control. As my friend Dave told me when we were planning this trip, "the americans do military cemeteries really well." He's right. I've been to a fair number of them and they are always maintained immaculately and are very moving. 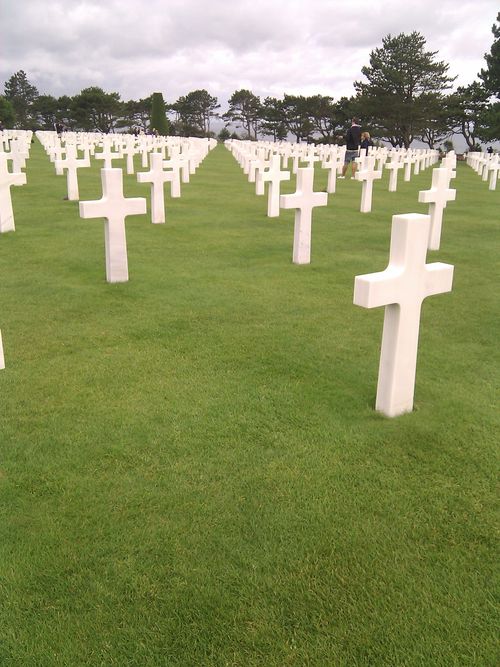 After that, we made our way to Arromanches, where the British built a port to bring all of the supplies and equipment ashore after the beaches were secured. It was an amazing engineering feat and the Musee Du Debarquement does a good job of explaining how it was done. Afterward, we sat on a deck and had lunch overlooking the remains of the steel barges that are still in the ocean. Amazing stuff. 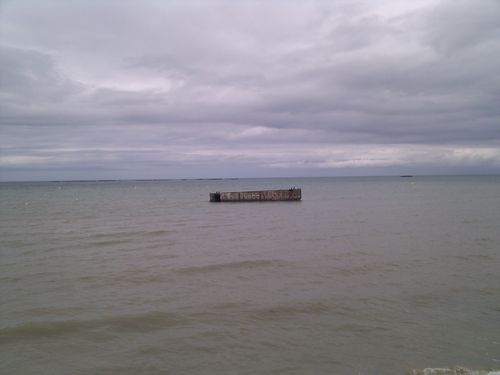 We barely touched the amount of historic sites and museums that you could visit on the Normandy coast. We have friends who spent a whole week here visiting the sites and learning the history of this historic battle. But it was a great day. Here is a map of the places we stopped today courtesy of Foursquare and Google Maps.

One hundred and seventy-five thousand troops came ashore on June 6, 1944. About four thousand of them lost their lives and another six thousand were wounded or captured. Though those numbers are large in terms of lives lost and sacrifices made, it was a very successful effort. If you compare D-Day to Iwo Jima, for example, the losses were much less for an invasion force that was almost 2.5x larger.