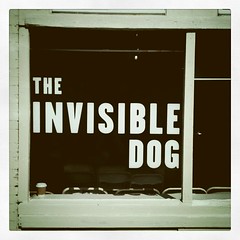 Yesterday afternoon, I hopped onto the F Train and got off at Bergen Street, my old subway stop. It brought back memories. I love that area of Brooklyn. Court Street between Atlantic and the Gowanus is my favorite street in all of the five boroughs of NYC.

I strolled up Smith a half block to The Invisible Dog to attend an event called Brooklyn Beta. This is my kind of conference. There was one other VC in the room, Charlie O'Donnell, who makes it a practice to be everywhere something is interesting happening. The rest of the room was filled with designers, coders, and especially designers who code. That last group is a special breed and the heart and soul of many of our best companies.

It was a great group, in a cool space, talking about building web and mobile web services. I saw Kevin Cheng (@k) talk about product managing the creation of #newtwitter. I saw Marco Arment talk about building Instapaper on the side while he was CTO of our portfolio company Tumblr. And I saw a bunch of demos of beta services spliced in between the talks.

The kegs arrived, everyone got a beer, and then I gave a refreshed version of my Ten Golden Rules For Web Apps talk. And then I took questions for 20 minutes and then the pizza arrived.

This is the way to do a web conference. Fill the room with talented people who are actually building stuff and let everyone show and tell. I loved it. Nice job Brooklyn Beta team. I'll be back next year for sure.

It also bears saying that Brooklyn is the coolest part of NYC by a long shot. It is filled with super talented creative people who live and work in a dense urban environment that is still borderline affordable. I have great affection for Brooklyn and hope to see more companies starting up there in the coming years.