As I finally migrate my entire contact database (after some serious cleaning up) from Outlook and into Google Contacts, I am sitting here thinking that Microsoft may be getting its mojo back.

I'm done with their productivity suite. I left Outlook mail for gmail a few years ago. Left Outlook calendar for google calendar shortly thereafter. I've left Excel and Word for Google Docs (mostly) and now my contacts are headed to Google too. Then I will be once and for all done with the twin beasts called Outlook and Exchange.

But I am starting to consider other Microsoft products. We've got two xboxes in our home and a Kinnect is coming soon. I've been using Bing more and more. And now I am about to get a Windows Phone 7 device. It was a comment on this blog that got me to do that (I also love their ads). 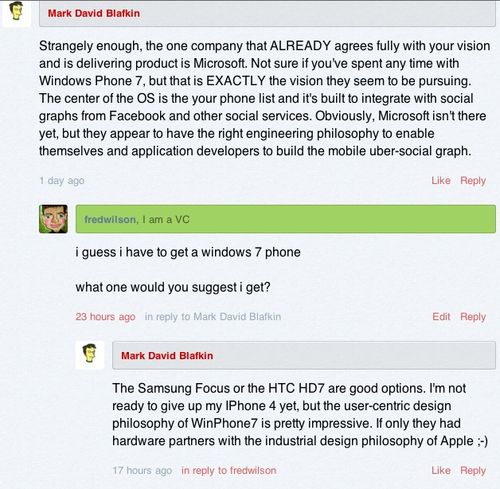 I'm totally into my Samsung built Nexus S so I just found an unlocked Samsung Focus on eBay and it is coming my way. I'll use it for the next few weeks and then pass it around our office for others to try out. 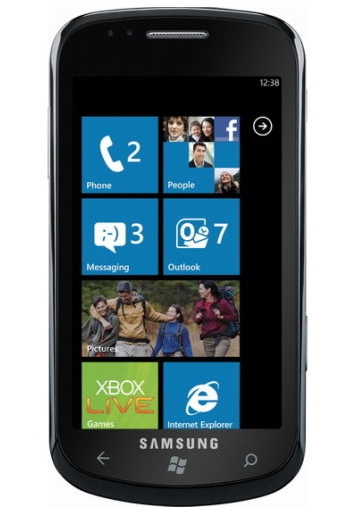 I'll be curious to see how well Windows Phone 7 supports the google productivity suite. If Microsoft really wants to be a player in mobile, they have to ditcch the idea that everything revovles around their productivity suite which more and more people are leaving for the google apps.

But I am totally taken with the idea that the contact book on your mobile device should be the central organizing principal and all the social apps/nets you have should plug into that. So I'm going to give Windows Phone 7 a spin. I'll let you know how it goes.