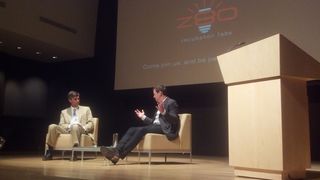 I did an interview yesterday in Buffalo, NY where I was the past couple days for the launch of the Z80 incubator. Grove Potter, the Business Editor for the Buffalo News, interviewed me for something like an hour. It was a fun talk.

At one point he asked me about the issue of entrepreneurs giving up control of their companies to VCs. It's an interesting issue and one that I think is not well understood.

In theory, control of a company rests with the ownership split between the founder and the investors and how the Board of the Company is set up. If the founder/entrepreneur owns more than 50% of the company and controls more than half of the board seats, then he or she has "control" of the Company.

But in reality I have found things are very different than that. And it all comes down to two things:

1) How well the Company is performing

An entrepreneur or hired CEO can own as little as 5-10% of a Company but they can control it like a dictator if they are doing a great job running the business and the company is making a lot of cash flow and has no need for additional capital.

An entrepreneur can control 95% of a company and all the seats on the board but they can easily lose control of the business if they company is floundering and they need more money and the only investors who would consider putting up money are the existing investors.

I left a comment on that thread and at the end of my comment I made this point:

I would be remiss if i did not take a minute to point out that you are missing the person who is the most important part of this discussion and that is the founder. In big successful companies, the founder, founders, and the teams they hire to help them run their businesses, are really the ones in control. The VCs are often "along for the ride".

That last line sums up my point of view on control and that is why I used it to headline this post. If you want to maintain control of your company, focus on running it well or find a team to run it well, and make sure you have plenty of cash to operate your business and that you never find yourself in a position where you are running out of cash and have nowhere to go but your exisiting investors. Do those two things well and you will be in control for as long as you want to be in control.