I'm a data geek. I love data. And I love it when companies do interesting things with data, particularly my data.

So a few weeks ago, I was stunned to be told by Foursquare that the ice cream shop I had just stepped into was the most popular place people go to right after the japanese restaurant I had just left. This is a new feature Foursquare has rolled out on Android and I expect will be in the next iOS build.

I call the feature "places people go next" and I think it is awesome. Here's a screenshot I took of my home screen right after I checked into the Shake Shack on Wednesday at lunchtime. 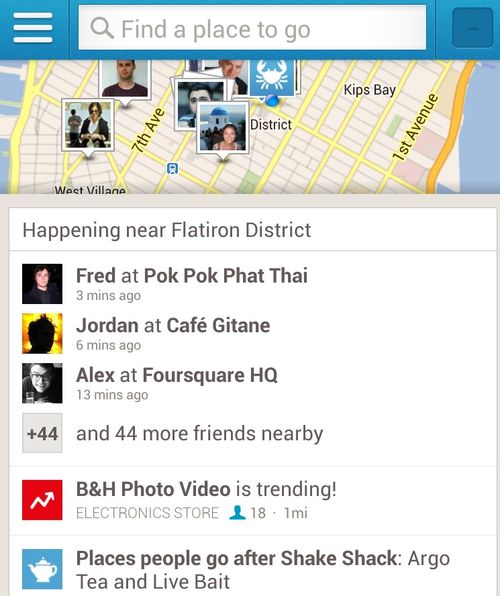 So after a burger and fries, you are either going to get tea at Argo or a beer at Live Bait. I would imagine it has a lot to do with what time of day it is.

In any case, this is the kind of thing you can do when you have a dataset of billions of checkins from tens of millions of people all over the world. It's not just that you have the data, it's what you do with it, as Om so elegantly says in this post.

With new data driven features like "places people go next" coming out fast and furious these days, I am loving Foursquare more than ever.