We talk a lot of NBA basketball in the comments but I don't post about it. This blog is supposed to be about startups and tech, for the most part. But the Knicks lost last night in Indiana and my season is over. I will root for the Grizzlies and the Pacers now but I doubt I will watch many games.

This photo sums up the Knicks Pacers series. Actually it sums up the entire season for me. 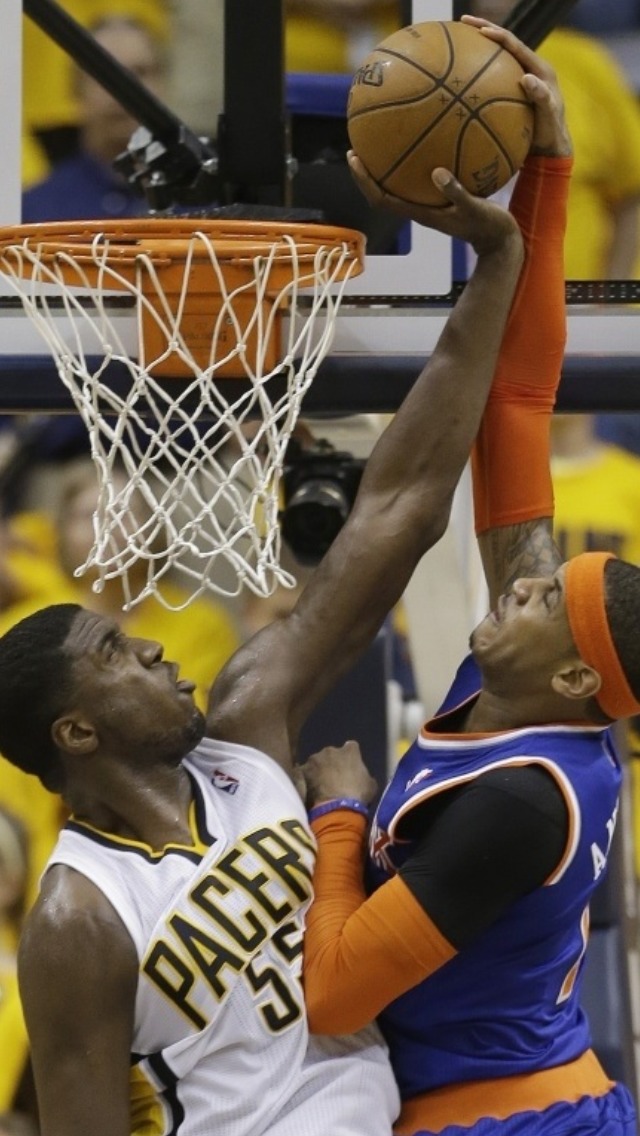 Carmelo Anthony is an incredible talent. He has upped his defensive game in the past year and he carried the Knicks as far as he could. But he doesn't have a second superstar at his side and he could not beat Indiana all by himself.

Roy Hibbert played a great series. In the end, Roy and the Pacers were too much for Melo.

I went to something like twenty five Knicks games this year, almost all of them with my son Josh. I had a great time. We saw some incredible games. And I remain a diehard Knicks fan. My season is over.

I wish Roy and his mates the best of luck with Miami. I will be rooting them on.