Google announced so many things yesterday that it makes my head spin. Goodness all around in Google land.

But there is one thing that really caught my eye. Google will start selling a Galaxy S4 running "stock android" in the Play store on June 26th. 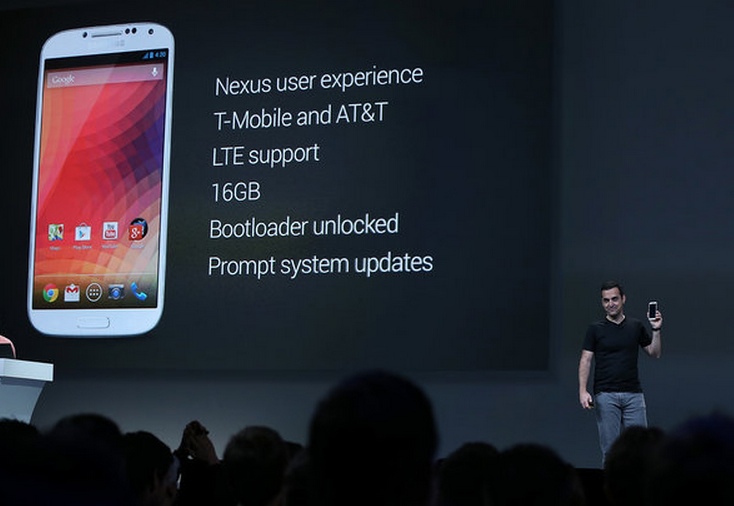 When folks ask me what Android phone to buy, I am always torn between the S4 which I believe to be the best Android handset in the market right now and the Nexus 4 which runs stock android but has no LTE support (the phone I currently use).

Now, or at least in a month or so, I will have a good answer. Get the S4 running stock android. If you can afford it. It's $650 unlocked.