Yesterday I posted about the two big things that were going to happen. They happened. I watched. Here are my reactions:

NYC Mayoral Race – As expected Bill de Blasio and Joe Lhota won their races. There is some question this morning whether de Blasio will need to do a runoff election with Bill Thompson or not. Either way, neither of them are what NYC needs which is to move agressively forward, not to head backwards. As Joe Lhota said in his victory speech, all you need to do is travel around to parts of the Bronx, Queens, and Brooklyn that fifteen years ago one could not walk into without taking their lives into their hands and marvel at the renaissance in these neighborhoods. We need more of that in NYC not a return to what NYC was like in the 90s. I plan to do what I can to elect a mayor who will take us in that direction. It is likely to be a waste of time and money but one must try to do what they believe is right.

The iPhone 5C – Apple introduced two new iPhones yesterday, the new top of the line 5S and a less expensive phone called the 5C. This photo shows off the new iPhone product line. 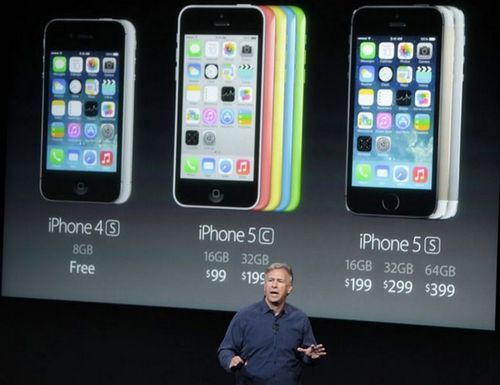 Here's my problem with that photo – the prices shown are all subsidized prices. The iPhone 4s is not free, it is free with a two year contract. Who would sign a contract for two years to get a phone that is two years old? The reality of much of the world is that people don't sign two year contracts like we do here in the US. They buy pre-paid sim cards and stick them into unsubsized phones. And on that basis, the 5C is a big disappointment. It will sell for $100 less than the 5S in the unsubsized market, which means $549 for 16gb and $649 for 32gb. The C in 5C does not mean "cheap" as I had hoped. It means clueless, as in clueless about how the vast majority of new smartphone users are paying for their phones.

So it's a morning of disappointment here at AVC. I stayed up late watching the returns and got up early thinking about this stuff. I am tired, cranky, and annoyed. I will get over all of it.