The Fall Of The Alphas 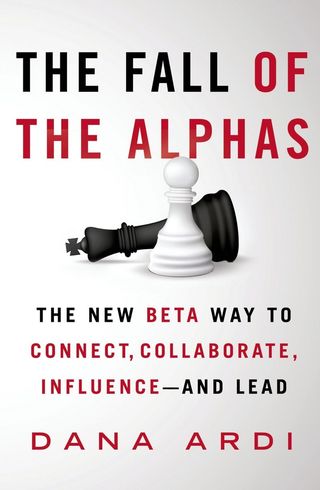 I read a book this weekend. It is called The Fall of The Alphas. It was written by my friend and former colleague Dana Ardi. Dana is a corporate anthropologist. She studies what makes management teams work. She has also been a writer, a recruiter, a coach, a VC, and a private equity investor.

There is a change afoot in the global economy that is impacting every institution, every market, and every business. Hierarchies are giving way to networks. At USV we have turned this observation into an investment thesis.

Dana has seen the same change impacting management teams, managers, and the companies themselves. Her book is about this change and in it she explores how the iconic Alpha CEO is giving way to a new kind of leader/manager that she, naturally, calls the Beta CEO.

Unlike many business books, this one is not boring or hard to read. Dana tells stories to make her points. Her language is light and airy but the lessons are clear and actionable.

If you lead a company or a team inside a company, you ought to read this book. It will change how you think about leadership and leadership styles.