Mobile Is Eating The World (continued)

This isn't the first post I've written with this headline. That was here. But both of the posts are about slide decks I saw.

I was looking at Henry Blodget's Future of Digital 2013 deck this morning and saw this slide in it: 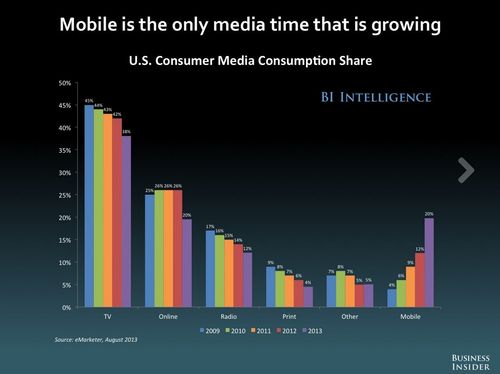 TV is hanging in there admirably. It seems to be weathering the mobile onslaught even better than the desktop web. But the mobile monster is eating everything. The jump from 2012 to 2013 should be terrifying to anyone who has a business based anywhere but mobile. That includes me. Wow.