I feel badly for Paul Graham because he's being made out to be something I am sure he is not. But the brouhaha that he unleashed about women founders, women coders, and women hackers is a good thing because we ought to be having a broader conversation about these issues.

Paul asks "God knows what you would do to get 13 year old girls interested in computers?" and that is a damn good question and one that I have been thinking about a lot over the past four years. We see very few women entrepreneurs walk into USV and that is disappointing to me. And I agree with Paul that one of the issues (but by no means the only issue) causing this gap, is that young women are not embracing tech in the key development years in middle school and early high school.

At The Academy For Software Engineering (AFSE), we use a "limited unscreened" model to accept students. It's limited because you have to attend an open house and make AFSE your first choice, but once you do those two things, its a lottery system to get in. So effectively the distributiion of students admitted is going to be very similar to the distribution of students who apply and make the school their first choice. In our first year, we admitted 24% young women. In our second year, the percentage was less, I believe below 20%. This is very upsetting to me and we are working on a number of things to change this. It will require working hard on the parents of the young women and the middle school guidance counselors. There is a lot of systemic bias in the system against young women taking this kind of direction with their studies and their career. And we must change that bias and it must be changed at the middle school level.

However, the young women who enroll at AFSE are incredible. I have spent a fair bit of time with them and I can tell you that they work hard, study, take school seriously, and can code as well as the boys. Last week I got to hand out the awards at the first ever AFSE hackathon. The winning team were all freshman, two girls and one boy. These girls were good, really good. I was super impressed. 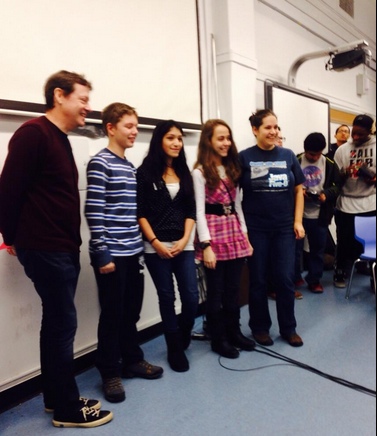 So it can happen, it should happen, and if we make the effort, it will happen.

There are a number of important initiatives under way to try to change things. The title of this post refers to one of them, Girls Who Code, which is a summer program in NYC and SF and now adding after school programs for young women to learn to code. There is also Black Girls Code, solving an even more difficult and important problem. And programs like TEALS and Code.org which are bringing CS education to the broader public school landscape will certainly help get more girls into coding too.

Taylor Rose, who is a young woman studying at MIT, wrote a good post about all of this and more yesterday. I think she sums up the situation as well as anything I've read.

There are efforts underway to attempt to close the gap between women and men studying CS. And it can be done. Harvey Mudd now enrolls as many women CS majors as male CS majors. Here's a ten minute video that talks about how they did that:

So as Taylor suggests in her post, instead of turning Paul's comments into a blogosphere shitstorm, maybe we would all be better off staring the issue in the face and thinking about how each of us could help make a difference on this issue. It's an important one and I am glad we are talking about it.