Benedict Evans wrote a post about his traffic recently and I am proud that AVC is one of his top ten referrers. That inspired me to post some traffic data here today.

I've had google analytics on this blog since Oct 2005 and here's what the monthly traffic has looked like since then:

I feel like the AVC audince has been stable (or flat) since 2010. The peak in the middle of 2011 was from stumbleupon which was for some reason sending a boatload of traffic here for a while. That has since gone away and we are generally at about 250,000 visits per month. The UV chart looks almost identical to visits except it's about 175,000 UVs per month vs 250,000 visits.

Here are the top ten countries where AVC readers reside: 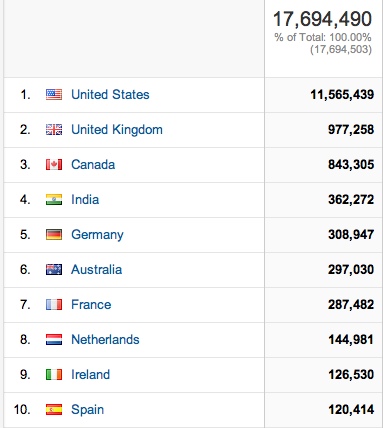 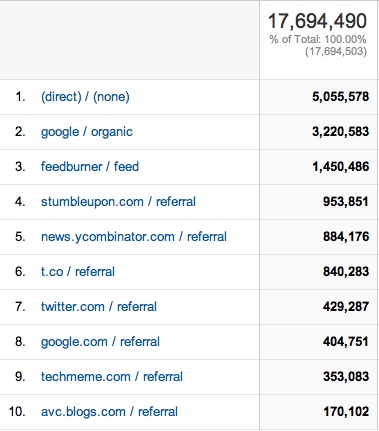