Our portfolio company Kickstarter announced some important changes yesterday. They massively simplified their rules (from over 1000 words to under 300 words). And they introduced “Launch Now”: 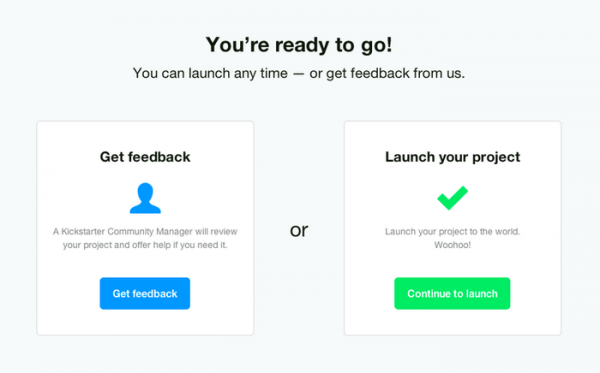 At USV, we’ve always been a fan of fully open marketplaces over closed or curated marketplaces. I have written about that a bit here.

That said, you do benefit, particularly early on, by curating the market so that buyers are protected from crap and scams. Kickstarter turned five earlier this year and the company, service, and brand are well understood in the marketplace. I saw a chart on the Internet today that shows just how powerful the Kickstarter brand is right now:

When people think of funding a project on the Internet, they think of Kickstarter first and foremost. So the decision to curate and insure that backers on Kickstarter had a good experience was clearly the right one for Kickstarter.

But crowdfunding is a big business now. There is crowdfunding for seemingly everything now and users’ expectations and understanding has been well set. So it makes sense to be more open and creator friendly. Backers on Kickstarter and the vast number of other crowdfunding sites are now pretty clear about the risks and rewards of backing a project.

I am pleased with these moves. It makes life a lot easier for creators, it will lead to more crowdfunding by more people, it will lead to more projects that backers can back. There will be criticisms that Kickstarter is opening itself up to scammers and crappy projects. That’s always been a criticism of Kickstarter and other crowdfunding sites and will always be. But as this market has matured and gone mainstream, those criticisms need to be seen in the context of the overall success of crowdfunding and Kickstarter’s role as the creator and leader in the market. I think they will be fine.