Well the photoblogging experiment yesterday was mostly a failure. I posted images I took on my phone via my phone and they came out too large and loaded too slowly. The whole point of the experiment was to see if I could post quickly and easily from my phone and avoid the laptop entirely. I was seeking efficiency and did not find it.

But one place where we have found efficiency on our trip is our car. We got this Peugeot convertible for our trip. 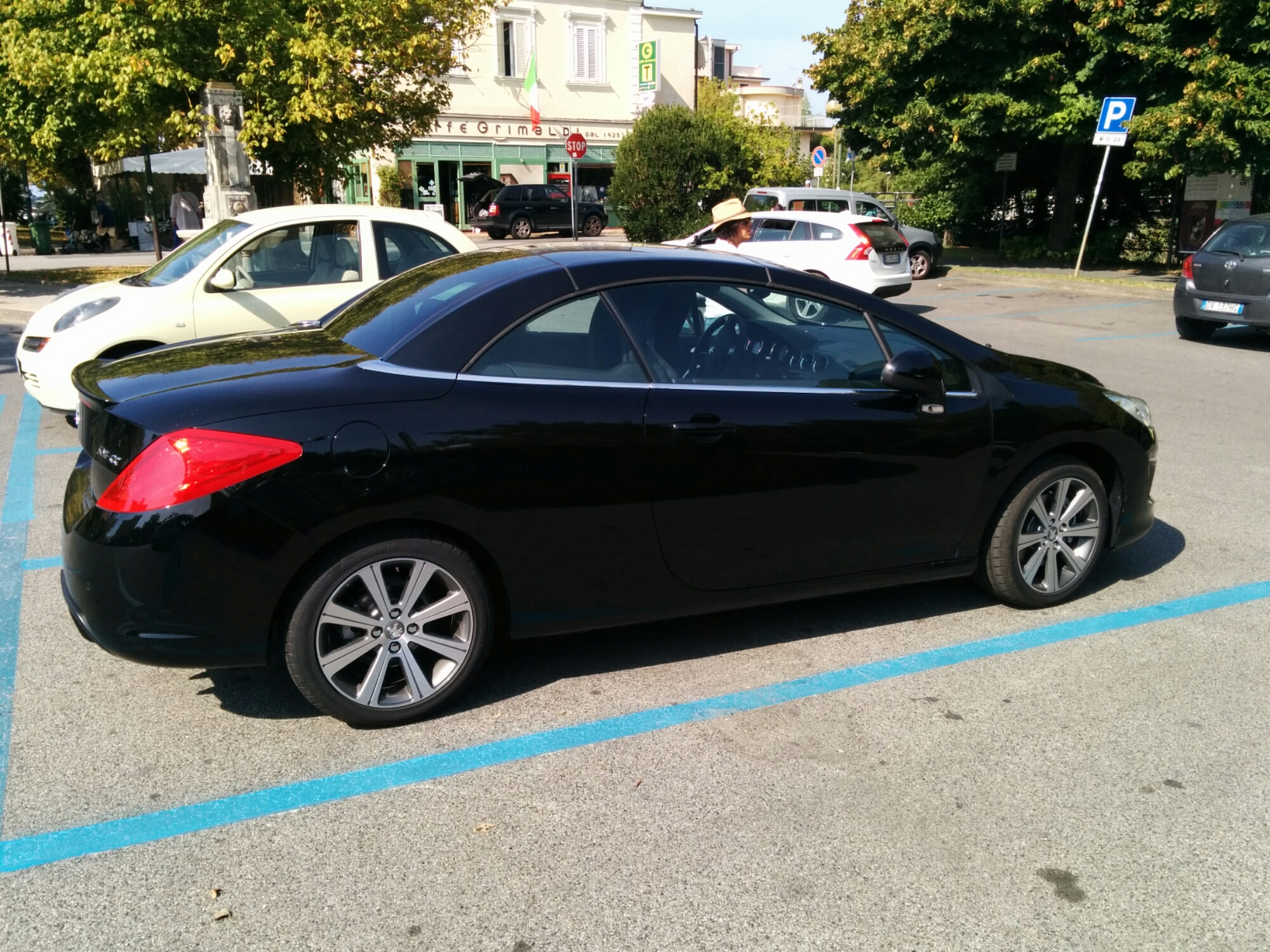 It is a stick shift and takes diesel gas. The tank was almost empty when we got it so we filled the tank at the start of our trip. That cost 85 euros (roughly $110) but we’ve driven almost 500 kilometers so far and we still have over half a tank left. So we are getting roughly 900-1000 kilometers on a tank of gas which is 500-600 miles.

I’ve never owned a diesel car and finding diesel in the US isn’t easy and with the move towards electric, I suppose diesel will never be a thing in the US.

But I’m impressed with the fuel efficiency you get with diesel. It’s kind of amazing that you can drive almost 600 miles on a single tank of gas.