I love Graffiti. I realize that at some level, graffiti is vandalism and represents disrespect of property rights. And it doesn’t feel great when our building gets tagged.

But there’s something about sitting outside eating on the street staring at street art. This was our view on Monday night. 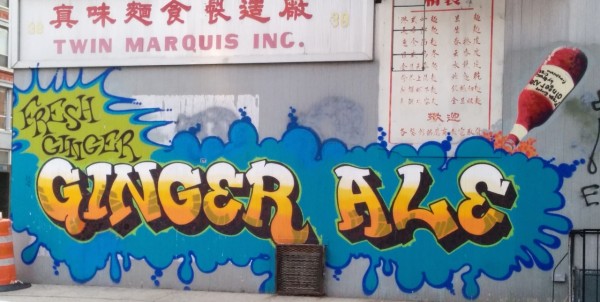 Graffiti is creativity expressed in public, for all to see. It’s rebellious. It’s leaving your mark on the world.

I feel most at home in cities and neighborhoods that are filled with Graffiti.

I think there’s a linkage between creativity, innovation, and rebellion. And graffiti sits right in the middle of all of that.