Yet another mainstream media site took down comments this week. In the post explaining the move, Walt Mossberg and Kara Swisher explained that “as social media has continued its robust growth, the bulk of discussion of our stories is increasingly taking place there, making onsite comments less and less used and less and less useful.”

That led to a fair bit of discussion around the notion that “commenting is dead.” And like many things that are “dead”, the truth is that they are flourishing elsewhere.

Just this week we had a post here at AVC with 880 comments, which is not a record but is damn close to one. Commenting activity has been fairly steady here at AVC over the past two years with comments down a bit and voting on comments up a bit:

But let’s look elsewhere on the web.

Let’s take Reddit where comments are the center of activity. They are growing faster than pretty much any site out there and are now #38 globally and #10 in the US according to Alexa. And the time spent on site is a whopping 17mins. 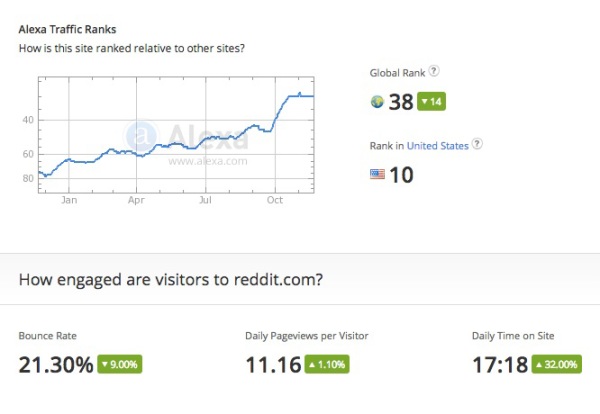 Let’s look at Buzzfeed, another super fast growing content site. Buzzfeed uses Facebook comments as they drive a lot of traffic from Facebook to Buzzfeed. But the comment activity at Buzzfeed is strong and some posts, like this one, get over 1000 comments. Buzzfeed is a top 30 site in the US and is a top 100 site globally. 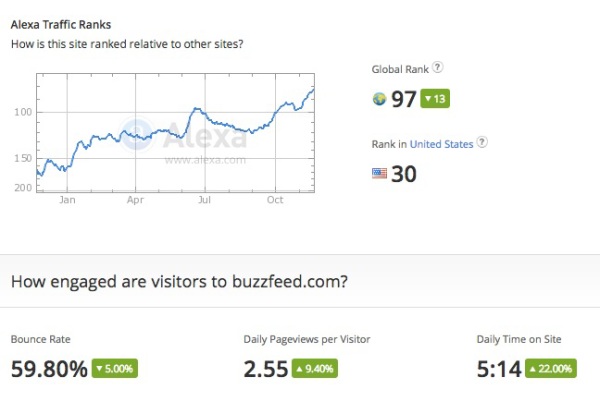 Here are some stats from Disqus, a USV portfolio company that powers the comments here at AVC (from their about page):

– 80 million votes on comments a month

Commenting is alive and well on the web and mobile. It’s just dead on sites that would prefer to have the conversation happen elsewhere. AVC is not one of those places, and even though I sometimes find the discussions hard to take here, I am committed to making this a two way experience for everyone who wants it to be.