Rant of The Week

I am interrupting our regularly scheduled programming (video of the week) to rant a bit.

You’re on the scroll on CNBC. Quoting you that “the Apple Watch will be a flop” A bit of creative editing

I had already seen Business Insider running that headline and that just put me over the edge. I got super pissed off and fired out this tweetstorm: 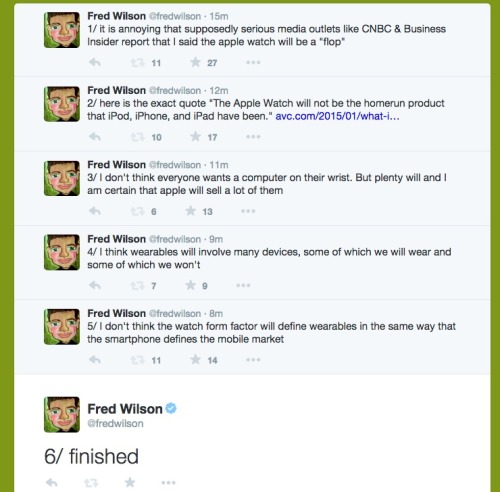 That led to a lot of discussion on Twitter that lasted most of yesterday.

Business Insider has been cross posting my blog posts for years on their website (totally allowed under my creative commons license) but they used to rewrite and sensationalize the headline. I hated that so much and told them so and to their credit, they’ve stopped doing that.

When someone takes the time to carefully craft their words, it is super annoying to see someone twist them into something else entirely. I know that it’s wishful thinking to imagine that media outlets that live and die on clicks will change their stripes on this one. Maybe I should get some thicker skin. But I am not sure I can on this one.