So I’m on sitting on the couch waiting to go out to dinner with the Gotham Gal and friends last night, and wasting time by scrolling through Twitter and I came across this tweet:

I didn’t have time to check it out, so I favorited it and made a note to come back to it. And I did that this morning.

Bugra is a Data Scientist @axialco; he likes machine learning, data, Python and NLP, not necessarily in that order. He did some data science on this blog, starting on September 23rd, 2003, which is when I wrote the first post here.

Here is his post. It’s worth a full read but I’m going to gank a few images from it to summarize his findings for those who don’t feel like clicking over to it (you should).

Bugra mined 22 topics based on things I wrote most about and then did some analysis on those topics. Here is a frequency graph of them: 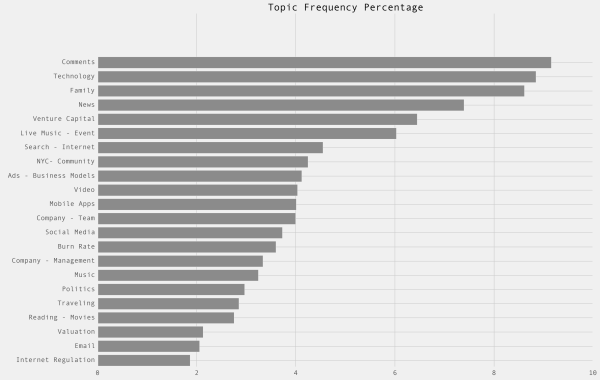 But of course my interest in these things rises and wanes over time.

I mentioned at year end 2014 that I thought social media had become uninteresting. Well the data on what I write about proves that: 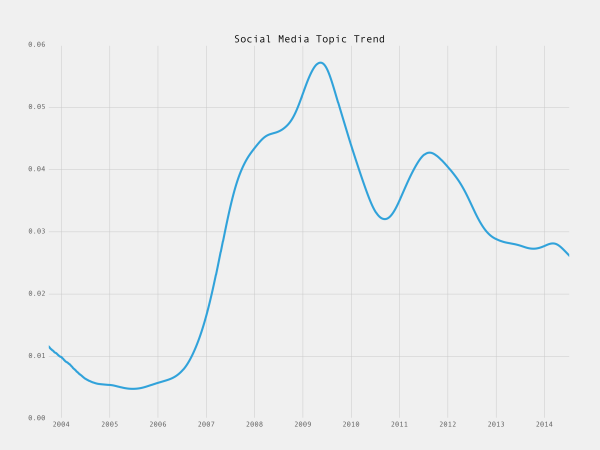 Not everything has gone down over time.

I’ve become a policy wonk (thanks to my partner Brad mostly): 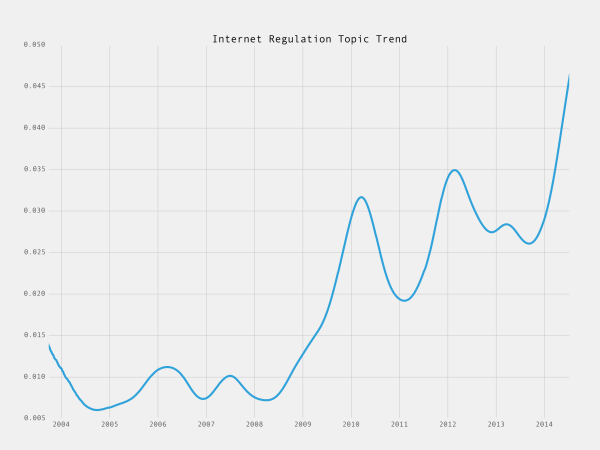 And some topics just reflect the changing landscape we operate in, like this one: 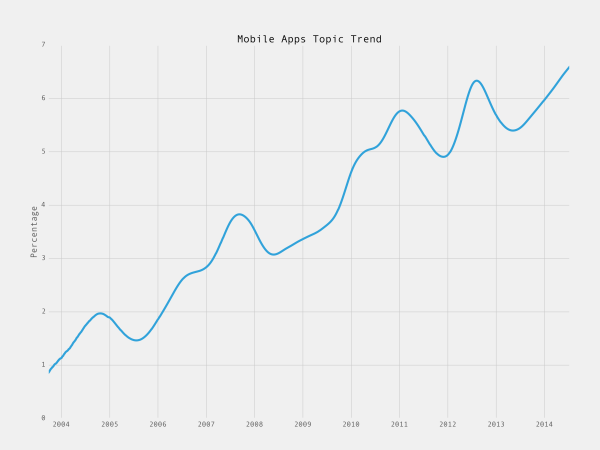 And some topics reflect the changing patterns of my blogging, like the rise and fall of MBA Mondays: 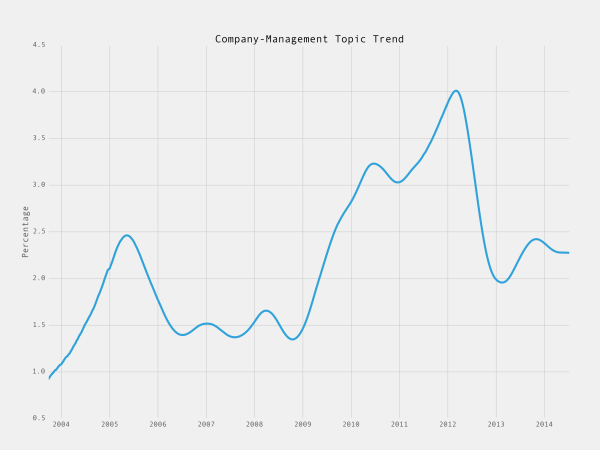 Anyway, I found Burga’s post fascinating. I would like to see him add a few more topics, like bitcoin/blockchain, education, healthcare, and crowdfunding. Those are all things that I think a lot about and I’d be very curious to see how my interest in them has risen and/or fallen over the years.

In closing, I’d like to thank Burga for his work. It is valuable and revealing to me. Thank you Burga.