Last week our portfolio company Kickstarter quietly launched something called Spotlight that is quite interesting. A project’s Spotlight is its permanent post-funding page on Kickstarter. Here are a couple Spotlights to look at:

When you google a project, the Kickstarter page is often a top result, like this: 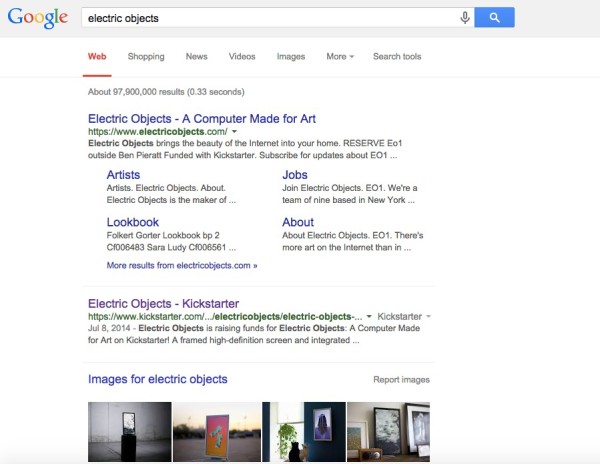 But, until now, behind that link was the project funding page which is not particularly useful once a project has been funded.

Now project creators can turn their Kickstarter pages into showcases for the project that can live on and celebrate the project and much more.

There are two aspects to a Spotlight page that I’d like to talk about.

The Timeline – The timeline shows the chronology of a project, particularly what has happened post funding. Here’s a small slice of Electric Objects timeline: 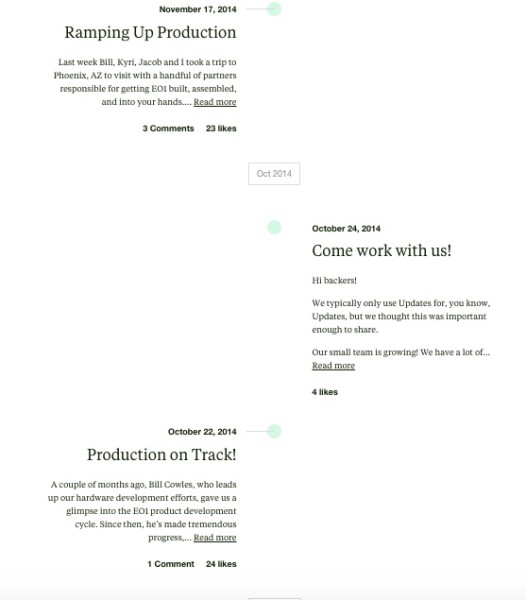 What you can see is the evolution of the project as it moves from funding to delivery and beyond. This is a critical part of the Kickstarter experience for backers and creators and yet, until now, it had no place to live on Kickstarter. For me, this is a great first step into more accountability and transparency for the creators to the community which will lead to a better experience for all.

The Creation – Kickstarter is all about helping to bring creative projects to life. The end result is the creation. In the case of Obvious Child, that is the film. And until now, it was not simple to figure out how to watch the film if you wanted to do that.  Spotlight fixes that too. Here’s a screen grab from Obvious Child’s spotlight: 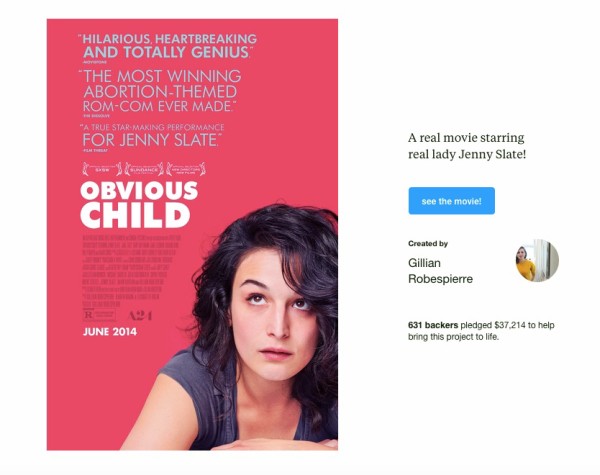 If you click on that blue button, you will be taken to the iTunes page where you can rent or buy the film.

That blue button is Kickstarter’s entry into helping the community and everyone else appreciate all the creations that have been funded on Kickstarter. It’s not too hard to see where this is going.

Spotlight is Kickstarter’s entry into the world of what happens after a project is funded. That’s very fertile and important territory and I am really excited to watch where they go with this now that they’ve stepped into that place.