One of the best things about being back on Android is widgets. And my favorite of them all is the Swarm Widget. You can see it on my home screen all the way to the right second row down. 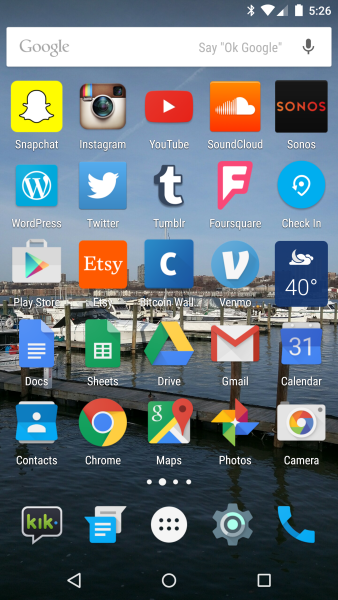 I started checking in on Foursquare sometime in 2009. And I’ve been checking into the places I go every day since then. I don’t know exactly how many checkins that is (probably around 5000), but it’s an incredible database of where I’ve been and when that I value very much. When checking in was part of Foursquare it would take two or three clicks to checkin. When they moved the checkin to Swarm it still took a few clicks. You had to open the app and hit the checkin button and then confirm it.

With the Swarm widget, it’s one click, plus a confirm. It works great. I love it.