The Rich Get Richer

The 2014 numbers for the VC category are out and it was a huge year, almost $50bn in total VC funding. 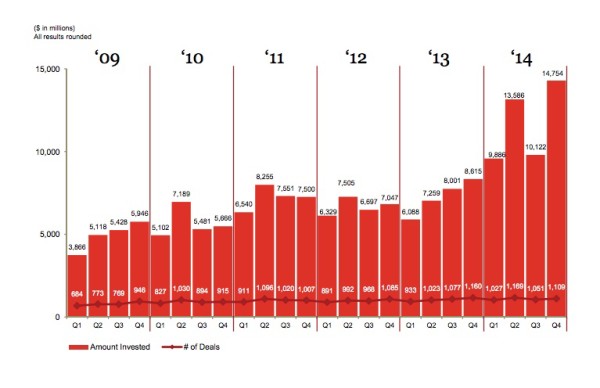 VCs are all about what is happening now and are not focusing as much on what will happen in five to ten years (the seed/early stage markets).

None of this should be news to those who are paying close attention. Round sizes have gone up and burn rates have gone up, but so much of this is limited to a hundred or a couple hundred companies. The rest of the market is more or less where it has been for years. The rich are getting richer. The middle class is stagnant. And the people who can’t raise a round still can’t. Only the top end of the market has really changed over the past five years.