Philanthropy is most often seen as giving money to a cause and that is something we should all celebrate and do within our means to do so. But giving your time is just as important and it is something that way more of us can do.

This weekend I attended the ScriptEd Hackathon in the Google Cafeteria in the Google NYC offices. ScriptEd runs in-school and after-school coding classes in something like 15 NYC public schools.

These schools sent students to the Hackathon where they formed teams and built software projects around the theme of music. 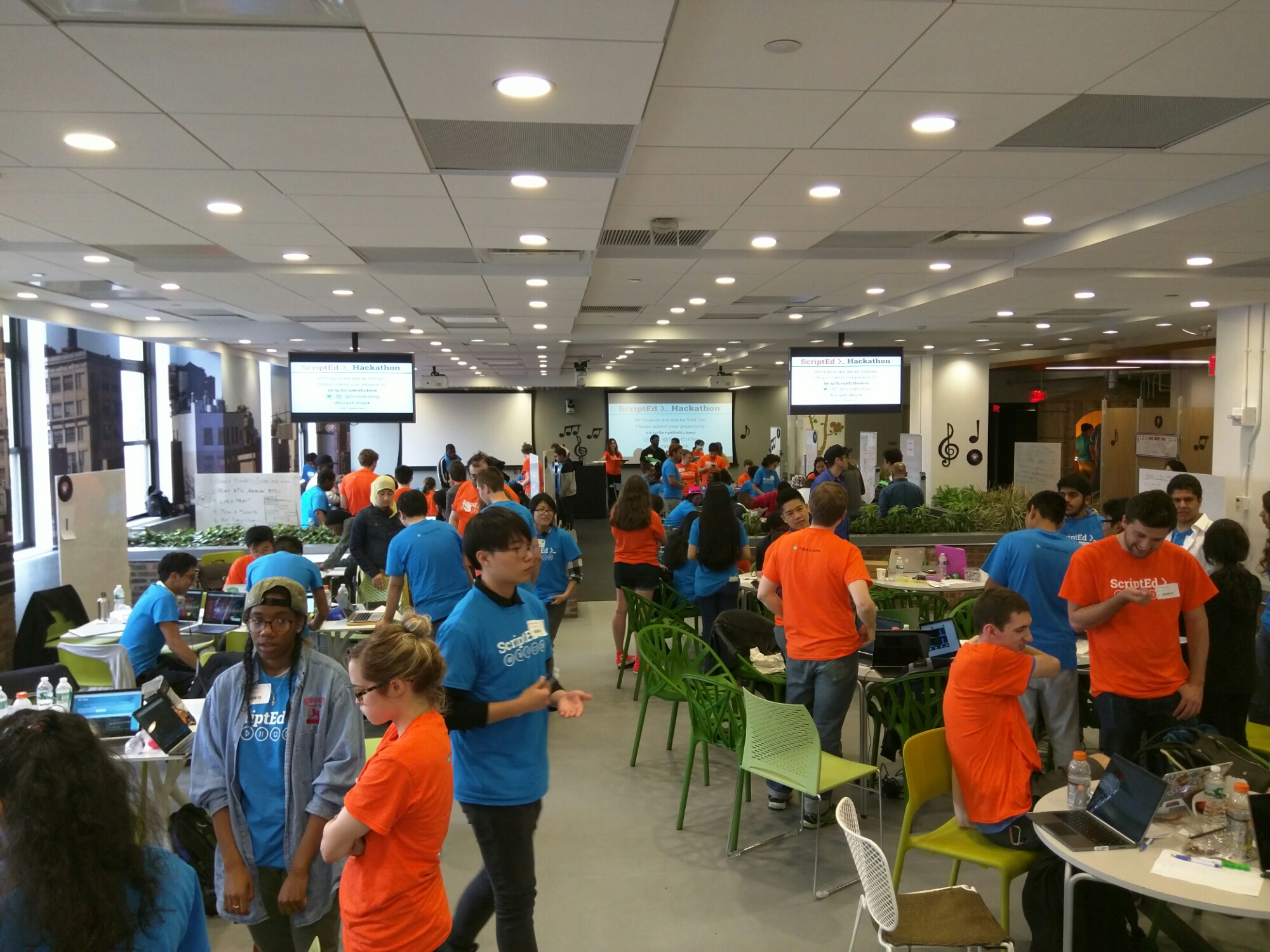 There were almost as many volunteers as students at this event. Maybe that’s why the hacks were universally so good.

The winning team made a space invaders style game that dropped beats from Soundcloud tracks and the players needed to grab them as they came raining down.

Here is a photo of the winning team pitching me on their project. 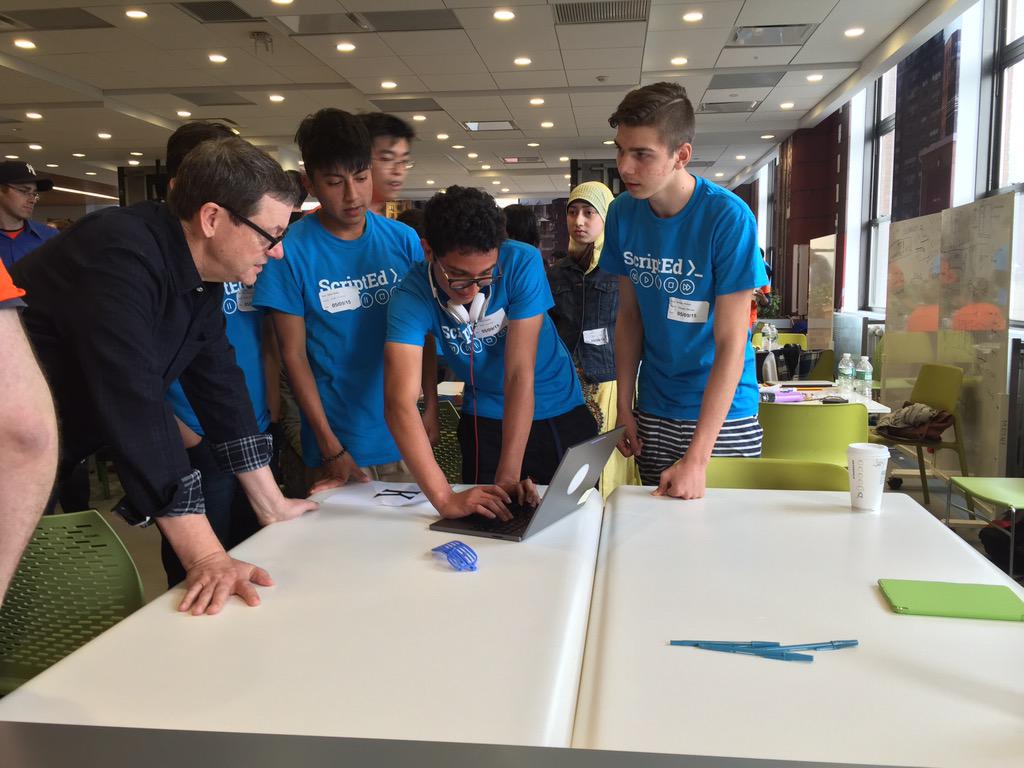 I love Hackathons because they teach multiple things at the same time; building something quickly, working in teams, and pitching. That latter thing, explaining what you built, is such an important life skill and these kids are learning it in high school.

If you have some free time that you can volunteer, I highly recommend it. If you want to help kids learn to code, ScriptEd and Teals are two great programs to work with. They are doing important work.