Yesterday was a bright sunny day on the east end of long island. So the Gotham Gal wanted a hat to shield the sun from her face and pulled out this gem from one of our closets. 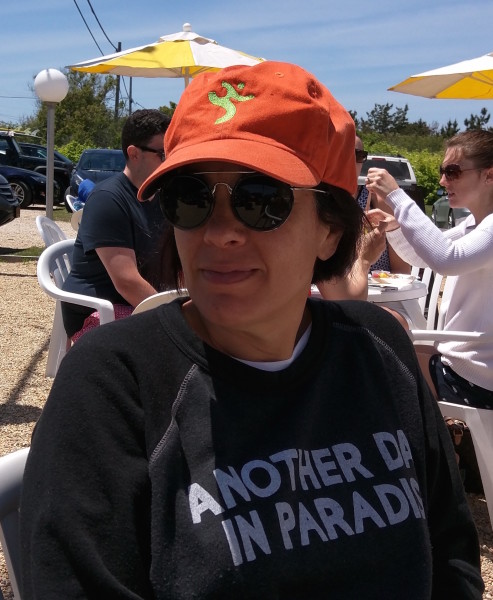 For those that don’t know, that’s a Kozmo.com logo on the hat. Kozmo shut down in early 2001 and has been gone for over fourteen years. But I still see bike messengers riding around NYC with their messenger bags. It turns out the schwag is often more durable than the company. In this case, that has absolutely been true.

My prior venture capital firm provided much of the early capital to Kozmo and we wrote off something like $25mm or $30mm when it went up in flames.

On the way back from lunch, the Gotham Gal turned to me and said “Kozmo was way ahead of its time.” I woke up thinking about that this morning. It’s true.

Kozmo pioneered the idea of same hour delivery in 1998, fifteen years before its time. Kozmo pioneered the idea of raising and spending hundreds of millions of dollars a year long before it became fashionable, even normal to do so. Kozmo nailed the practice of scaling while your unit economics are upside down. They took that practice into almost twenty markets before the capital markets turned on them and there wasn’t money available to incinerate anymore.

I hope it all turns out differently this time. There are many reasons to hope and expect that it will. But for now, I see a lot of similarities out there in the delivery space to what Kozmo was doing, long before it was common.

I have a lot to be thankful for from Kozmo. I’ve got hats and messenger bags. But more than that, I’ve got scars. I wear them every day.