I got a notification from Twitter last night that I had passed 400,000 followers. I don’t pay much attention to my follower count on Twitter but I did pause at that number. It’s a lot of people. 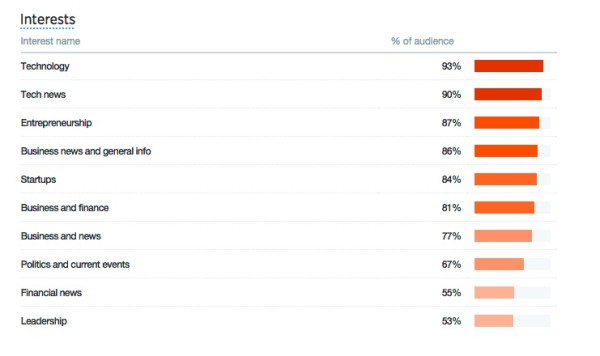 They are overwhelmingly wealthy men: 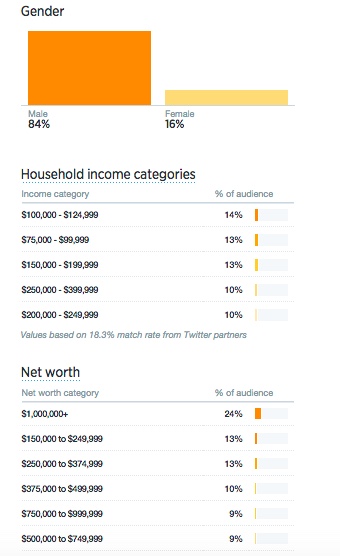 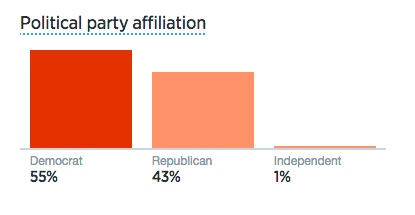 And they prefer iPhones:

I’ve run these sorts of analytics on the readers of this blog and the results are pretty similar. Similar size of audience, similar demographics, interests, and mobile preferences.

If I had a wish, it would be for a more global audience, a more female audience, and a broader demographic in terms of wealth (or lack thereof). But the content I produce determines the audience. And I’m pleased that all of you are interested in what I have to say and I’d like to thank you for listening.