The No Hands Syndrome

Last week I saw this tweet from Dan Primack who covers the VC sector for Fortune:

At VC breakfast (90 attendees), I asked how many would invest in Bitcoin startup (not general blockchain). Zero hands. #FortuneTech

I replied to it and I also mentioned it in a comment thread here at AVC recently.

Here’s what I can’t reconcile.

Bitcoin/Blockchain is one of the fastest growing sectors in startupland. Here’s a chart from VC Tom Tunguz‘ blog. 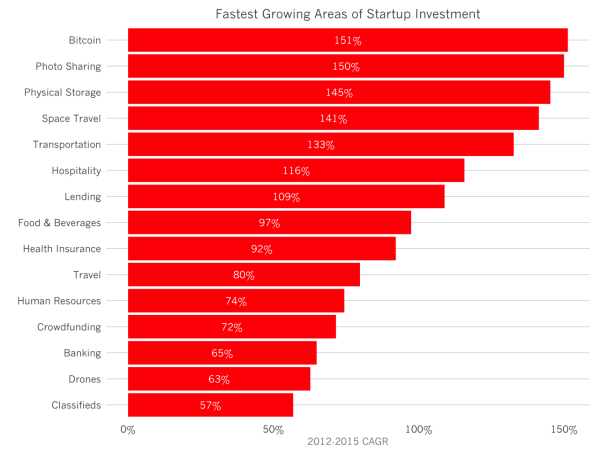 I know that measuring something using y/y growth rates can be misleading because of the small numbers involved. But Bitcoin is the fastest growing area in startup investing over the past three years.

And yet not one VC in a room full of them (90 of them) raised their hands when asked how many would invest in a bitcoin startup.

Maybe the distinction is bitcoin vs blockchain. I understand that. But bitcoin and blockchain are joined at the hip. You don’t get one without the other. So I’m still scratching my head.

But I do know one thing. When not one hand goes up in a room full of VCs, go there. It is going to be profitable.