Nate Silver published an interesting post on Taxis, Ubers, and Subways this past week. 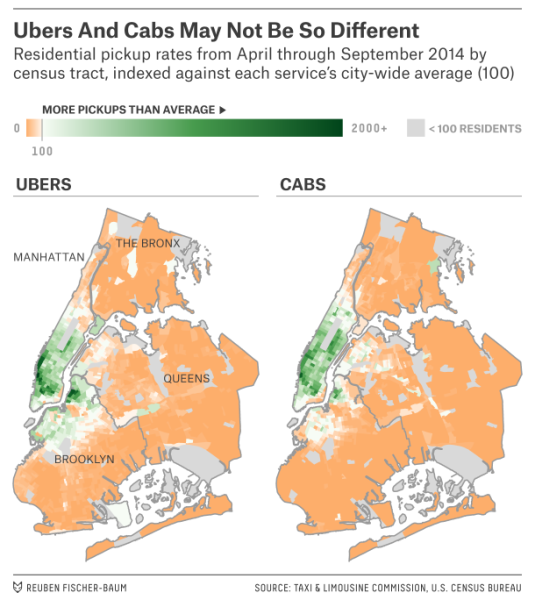 What you can see from this graphic is that most New Yorkers don’t use taxis or Uber. They use the subway, and to a lesser extent buses.

How big is the for-hire car market in New York? Our data set includes 93 million taxi and Uber rides over a six-month period in 2014. Double that and round up,7 and you get to about 200 million rides per year. By contrast, the New York subway provided 1.75 billion rides in 2014, about nine times as many. There were also almost 800 million MTA bus rides8 in 2014.

If you add subways and buses together, mass transit is 12x larger than for-hire cars.

It is true that Uber and the other on demand car services have changed the game in the for-hire car market. Taxis will either respond (and be allowed to respond) to the competition from the new entrants or they will be replaced. But in a big city like NYC, the real transportation action is in mass transit. That has been the case for the past hundred years and will likely be the case for the next hundred years as well.