The New York Historical Society’s Silicon City exhibit opened last week and I went yesterday with my daughters who are in their early/mid 20s now.

If you are a student of or have an appreciation for the history of technology, you will enjoy this exhibit. They have an early IBM computer which I’d never seen in person. There’s a ton on the history of IBM, the original NYC tech company, which I loved, including these manuals from the 1970s: 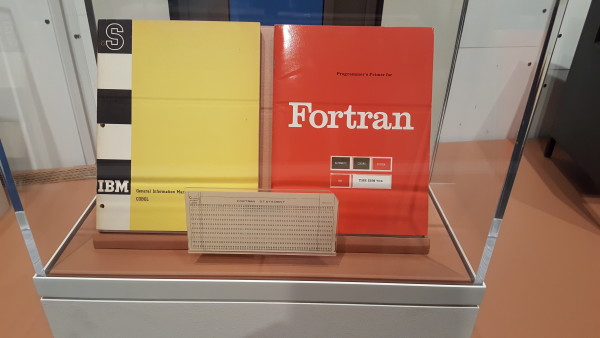 My oldest daughter asked me if I knew Basic. I told her that Basic was the first language I learned and Fortran was the second.

There was a nice mention of Grace Hopper, one of the early computer scientists and one of the authors of the Cobol programming language. It was great to see my girls realize that women were at the forefront of computer science in the early days. That fact is lost on so many.

It ends with some videos about the re-emergence of the NYC tech sector in the 90s. I participated in the recording of oral histories along with some friends and colleagues from that era. It is fun to remember what the NYC tech scene was like in the mid 90s. It seems like yesterday but it was twenty years ago.

If you have kids who are into tech, they will enjoy this exhibit. And if you are a geek like me, you will too.