Benedict Evans is such a great analyst and his insight into the web>mobile transition has been consistently prescient and helpful to investors, including USV and me personally.

A couple days ago, he penned “16 mobile thesis” which is a must read for anyone building a mobile/internet company or investing in that sector. These 16 theses are organized roughly chronologically, starting with what has largely happened, followed by what is happening, and ending with what may happen.

I found myself most interested in the middle section, 7-9, in which Ben talks about where the action is turning to in the mobile ecosystem. And my favorite part is titled “Post Netscape, post PageRank, looking for the next run-time.” In this part Ben describes what used to be the dominant environment and the search for what is next. At the end he states:

Really, we’re looking for a new run-time – a new way, after the web and native apps, to build services. That might be Siri or Now or messaging or maps or notifications or something else again. But the underlying aim is to construct a new search and discovery model – a new way, different to the web or app stores, to get users.

I agree with Ben but I think there won’t be one runtime in the mobile era. I think what is emerging is multiple runtimes depending on the context – “contextual runtimes.”

If I’m building a ridesharing service, that’s going to run in Google Maps and Apple Maps.

If I’m building a “how do I look” fashion advisor service, that’s going to run in Siri or Google Now.

If I’m building an “NBA dashboard app”, that is mostly going to run on the mobile notifications rails.

So the war for users in mobile and the race to be a platform is real and it is important. And Apple and Google are playing that game as well (the notification, map and voice runtimes are controlled by them already).

But it isn’t clear that all of these contextual runtime environments will be controlled by and or subsumed into the mobile OS. That’s what makes chat so interesting. Slack has emerged as the dominant chat app in the enterprise, but not the only one. Facebook Messenger has emerged as the dominant cross platform chat app in the US, but not the only one (our portfolio company Kik continues to grow and is already massive). Whatsapp and Telegram are very popular outside of the US.

So the thing that is a bit different in the mobile era of the Internet, as opposed to the desktop era, is not everything is built on top of a browser. The phase we are in now, phase one I guess, has two dominant “runtimes”, mobile web and native app.

But we are heading into a new era in which a few native apps, chat, maps, voice input, notifications, content/social, and surely a few more, will become the new browsers. And entrepreneurs will be building contextual services on top of them.

In this era context will be critical. The example I keep coming back to is the list of places I need to go to when I’m in a new place. Like this Foursquare list of top places where we are this week: 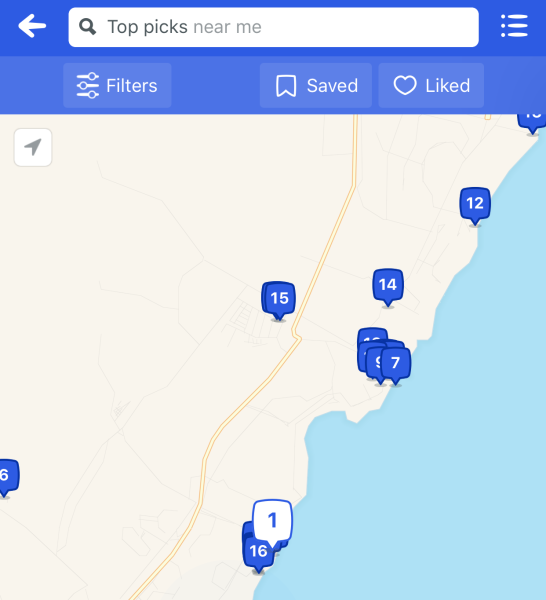 That is the power of context and that’s where I think the next big moves are to be made on the mobile internet.