The Hour Of Code

This is Computer Science Education Week. Two years ago, the folks at code.org organized something called the Hour of Code to help celebrate CS Ed Week. The idea was to encourage schools, students, and really anyone to spend one hour writing code during this week. That first year roughly 10mm people did an hour of code. Two years later, during this week, almost 200,000 different groups will do an Hour Of Code, meaning that something like 50mm people will spend an hour writing code this week.

The point of this is not to turn 50mm people into software engineers. The point is to demystify computer science, make it seem approachable, and most of all encourage schools and students to do more with computer science. The Hour Of Code is the gateway drug to a more comprehensive computer science effort in schools.

I have spent much of this week in NYC schools and with students celebrating CS Ed Week and the Hour Of Code. I thought I would share some of my favorite moments. As you look at these pictures, what I most want you to see is what our software engineers will look like in the near future.

This is Luna Ruiz, a 17 year old student at the Academy Of Software Engineering explaining why she likes coding to Hadi Partovi, the founder of code.org, at an event at the Apple Store in NYC on Tuesday:

“Working in tech is about collaboration and playing your part.” – Luna Ruiz, 17 #HourOfCode pic.twitter.com/wvEaHxnyqN

This is a classroom in Ditmas Park Brooklyn (central brooklyn) doing an hour of code: 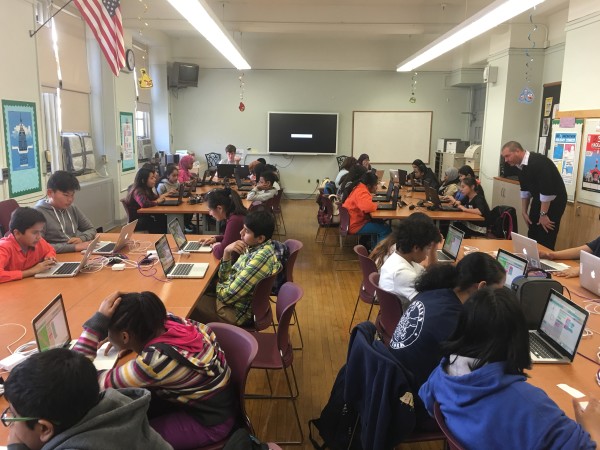 This is a young man explaining to the School Chancellor Carmen Farina why free software is better than expensive software (possibly my favorite moment of the week): 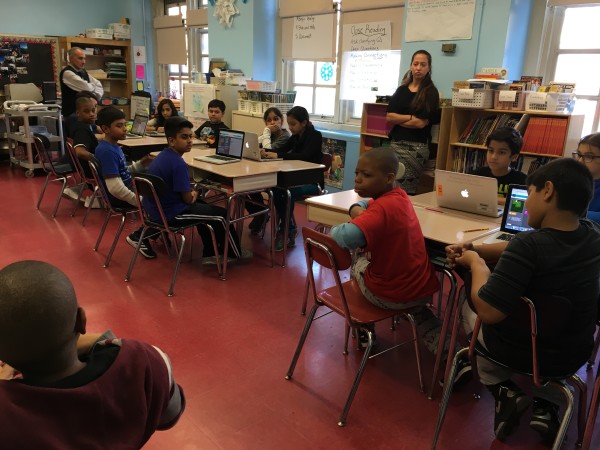 This is me and Amina Dualeh (a 12th grader at AFSE) ringing the opening bell at the Nasdaq yesterday:

This is a map of all the schools in Brooklyn. The green ones are the ones that did an Hour Of Code this week. If Brooklyn was its own school district it would be one of the top three or four school districts in the country. 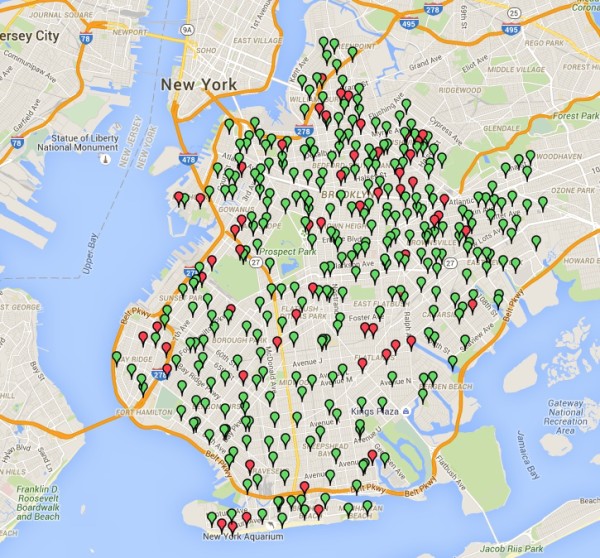 If you want your students to have this on their whiteboard this week but have not yet done an Hour Of Code I have a suggestion for you. 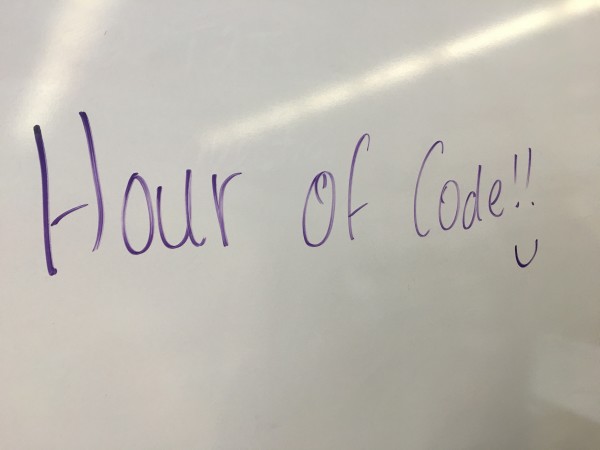 If you are a teacher, check out this page on how to get going with an Hour Of Code in your school. It’s actually really easy to do.