Politics and the Future

It is political season in the US. For the next three months (ish) the two major political parties will select their nominees, then there will be a lull while the two nominees prepare for the general election which will kick off with the two conventions this summer and then it will be off to the races until election day in November. So for the next ten months the US will be in the throes of a Presidential election cycle.

Its a good time to get all of issues on the table and debate them. One issue that I feel has not gotten enough air time yet and is fundamental to most everything is what is going on in the global economy (not just the US economy) and what that means for policy at home and abroad.

I saw a link to this post on Twitter today. I don’t know the author but it strikes me as directionally correct about the macro tends in the global economy. Here are some charts from it: 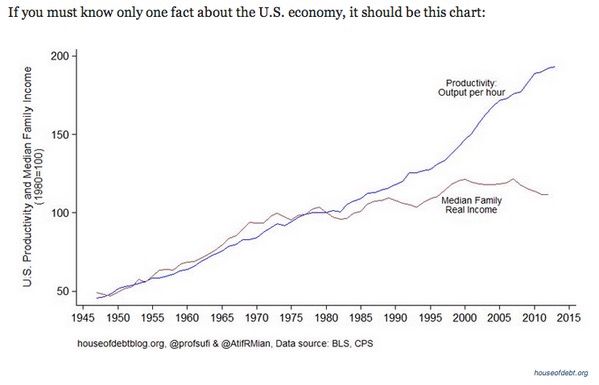 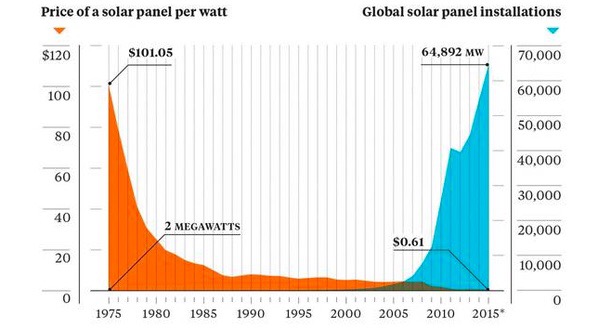 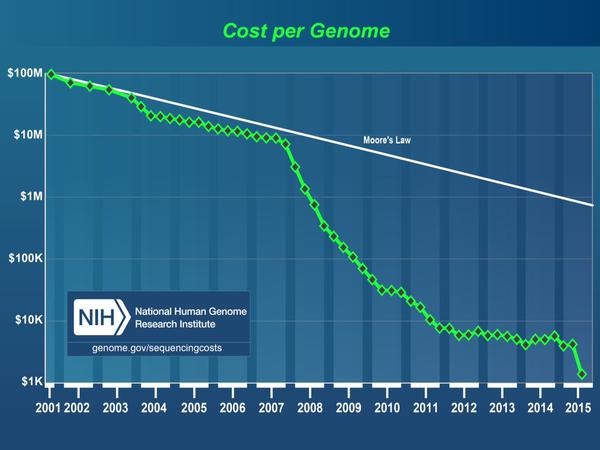 The author goes on to say:

The individual GDP share of the food, energy and healthcare industries of the total economy are larger than the ITC sector. What will the world look like if the total value of these would contract in similar fashion than we have had in ITC industry? Will we face an era of technological deflation? Most likely yes. Will it be a good or bad thing?

Deflation is a scary word. We have seen the Fed and other monetary bodies around the world print money for going on eight years to offset the effects of deflation and yet it feels like the deflationary pull is stronger today than ever.

It may be that the diverging lines in that first graph are going to continue to diverge no matter what we do from a policy perspective. The advancement of our technological capabilities may drive down the costs of living dramatically and also drive down the amount of human work that is required to produce and sustain our current quality of life.

This is a big deal. And yet we hear almost nothing about this in the current political debate. We hear old school jobs programs from the left and shrink the government and cut taxes from the right.

We hear hawks talking about carpet bombing the middle east but no mention of what happens to that region if the world no longer needs their oil.

I don’t expect much from the political process because it hasn’t given us much other than some high quality entertainment value, which may be its core function in society right now. Which is a sad thought.

But if I were advising Hillary, or Bernie, or Cruz, or Rubio, or, god forbid, Trump, I would get their heads wrapped around these global macroeconomic trends and what they might mean ten, twenty, and thirty years out and suggest they start talking straight with the american public about them. Because they have the stage right now and they are the conversation starters and we have to start talking about this stuff.