Flurry, a former USV portfolio company now owned by Yahoo!, put out a mobile report yesterday and there’s some interesting data in there. Flurry has its analytics on over 2bn devices around the world so they see a lot of activity.

The most interesting stat I saw in the report is this chart about device distribution in 2015: 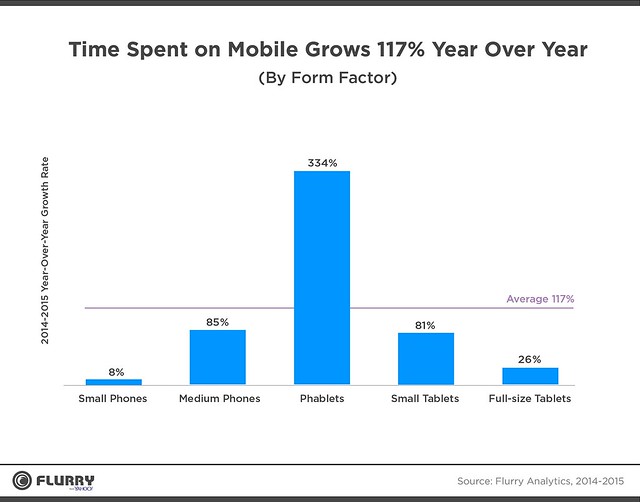 It’s very much a normal distribution centered around the 5.5″-6″ mobile phone (phablet). There are still some people out there using smaller mobile phones and small tablets, but much of the world is converging around a single large phone. That makes sense. Four of the five members of my direct family have made that move and it’s a matter of time for the lone holdout, my oldest daughter.

Here’s a forecast by Flurry of how that trend will continue: 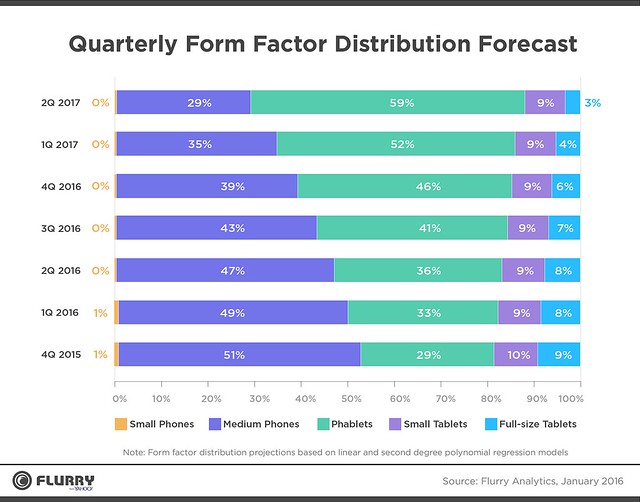 This trend is driving other trends like the rise of consumption activities on the phone: 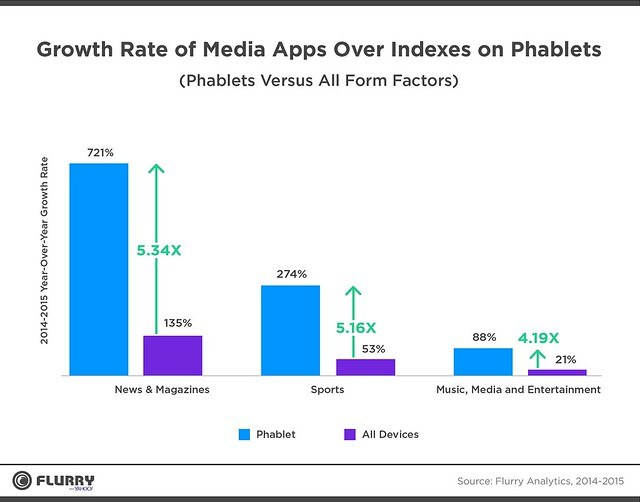 There’s not a lot new in this data to be honest, but it confirms a lot of what everyone believes is happening. We are converging on a single device format in mobile and that’s driving some important changes in usage. We are in the phablet era.