Our portfolio company Kik launched its bot platform today. Kik has supported bots for several years but they were limited to bots from publishers and brands that were willing to make a significant effort to be on the Kik platform.

What is new today is that any developer can build a bot for the Kik platform. Details and tools are available to do that at dev.kik.com. And once you build your bot for Kik, it is available in the bot store in Kik. 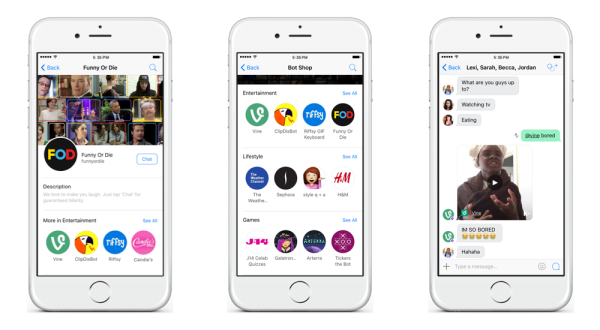 Kik has been innovating in the “chat as a platform” space for three or four years now. They have been a real pioneer in this area. You may recall Kik Cards which are html micro apps that run natively in Kik which has its own built in browser. Cards still exist but Kik found out that “chatting” is the more native user behavior in chat apps so conversing with a bot turns out to be more powerful than running a micro web app in a messaging app. That said, Kik still supports cards for bots that need to display content as part of its user experience.

Kik is also leveraging its “Kik codes” to make bots easily discoverable and shareable. Here is an example of a Kik code: 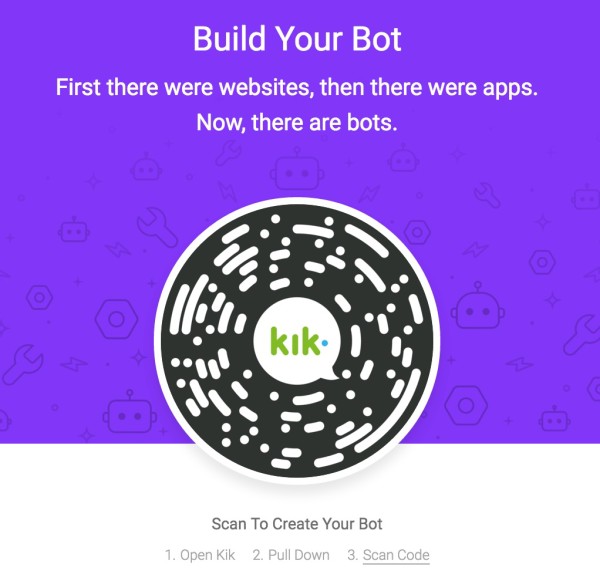 So if you own a retail store, restaurant, etc you could put your Kik code sticker on your window and your customers and walk-by traffic could communicate with your bot and get offers, coupons, etc.

I am expecting developers to turn their attention to bots in the coming months as multiple chat platforms will be supporting them. Right now in the US, you have Kik, Slack, and Telegram supporting bots natively on their platforms. And most everyone expects Facebook to launch their own bot platform at the upcoming F8 event.

And there are quite a few bot development platforms emerging that will allow developers to “write once, run many” so you can build a bot for all of these platforms instead of having to choose one or the other.

So it may well be that we are going from websites>native mobile apps>bots as the dominant way users will interact with your business. At least many people are projecting that. I am proud that Kik’s team continues to lead and innovate in this sector.