I saw this projection from BI Intelligence below. It suggests we will have 10mm self driving cars on the road by 2020. They define “self driving” as “as any car with features that allow it to accelerate, brake, and steer a car’s course with limited or no driver interaction”. The Telsa that my wife and I drive fits that definition. 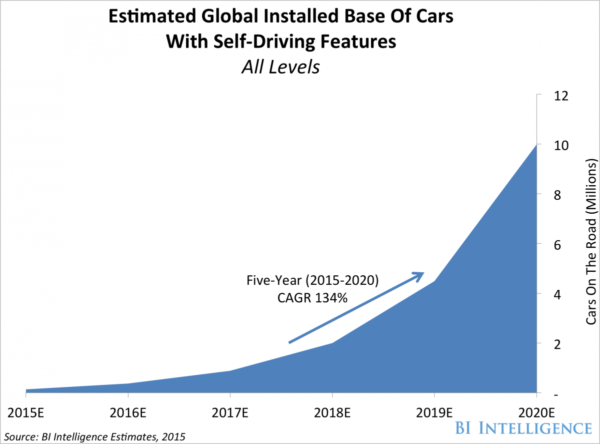 It is unclear to me whether this is a global number or not. I assume it is. There are over 1bn cars on the road around the world, so that would be 1% penetration. That seems low to me.

Do you think “self driving” will have penetrated more than 1% of the world’s car population by the end of this decade? I do.