My daughter’s iPhone can’t deliver a strep test to her, yet. But it can deliver an eye exam and a hearing test.

So I thought I would showcase one of these iPhone based medical tests on feature friday today.

If you download an app on your iPhone called “Mimi Hearing Test” and install it, you can test your hearing with your earbuds.

I did that this morning.

It is just like the hearing tests you do at the doctor’s office. As I suffer from mild hearing loss, I have done this test a bunch in doctors offices over the years. 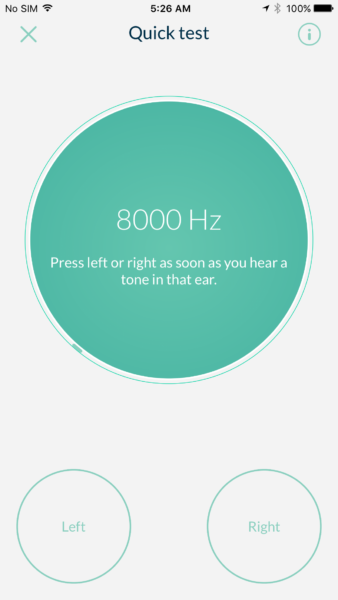 The quick test lasts about three or four minutes and when you are done you get results like this: 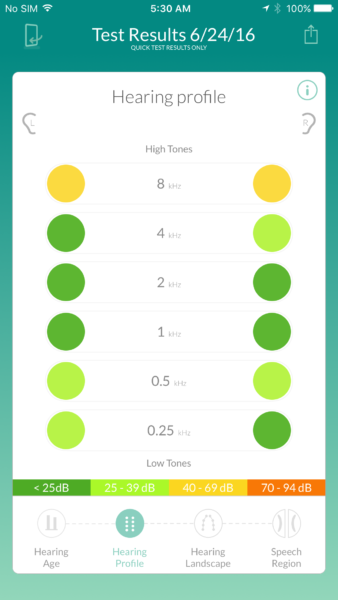 You then store your profile in the system and are then offered additional services: 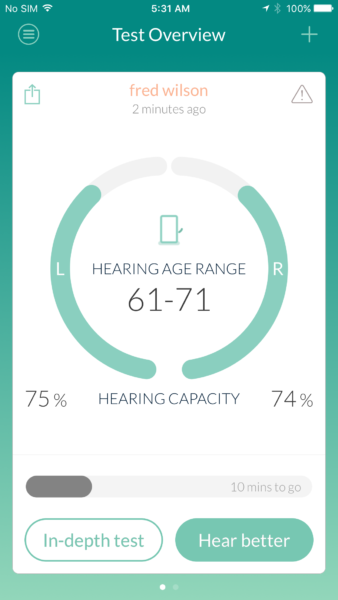 And, once you’ve done an in-depth test and stored that, you can use the Mimi Music app to enhance the music listening on your iPhone.

I assume that is just the start of a suite of enhanced audio apps and products that Mimi intends to offer.

Full disclosure – The Gotham Gal is an investor in Mimi and therefore I have a financial interest in the company too.