I saw dozens of pitches for what was essentially YouTube between 1998 and 2005. But when YouTube launched, it was pretty clear pretty quickly that they had nailed it and nobody else before them had.

I saw way more pitches for what was essentially Pokemon Go between the arrival of the iPhone and now. But when my daughter told me to download Pokemon Go and play it, I immediately realized that they had nailed something that nobody had before them

Saving myself the anguish of digging up the 2008 game spec & mock-ups we made for a AR treasure hunt/landmine avoidance game. #PokemonGO

You are not alone LIAD.

I recall seeing John Geraci‘s ITP senior thesis project in 2005 which was a web version of this idea powered by Google Maps, and understanding that we all want to interact with interactive media in the real world.

I’ve always loved the idea that we could do a massively public treasure hunt together using the web and mobile. But it took over ten years since I first saw this idea to have it really happen.

It made me smile when Emily told me to download it and I am still smiling days later. And I have a gym right outside my front door. 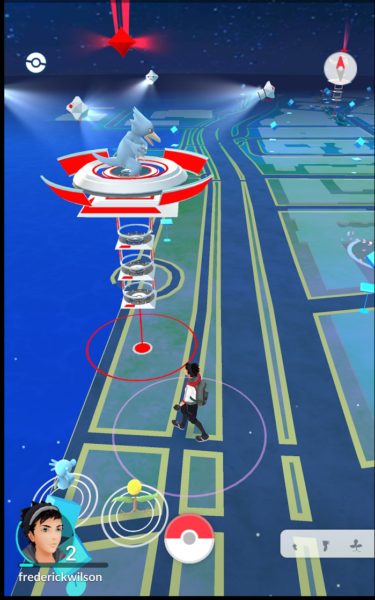