How About A City Instead Of A Wall?

Sometimes the best answer to a challenging issue is the exact opposite of what the conventional wisdom is.

We just spent a week in Mexico City and, as I always do when we travel to Mexico, I came away impressed with the character and work ethic of the Mexican people. They are entrepreneurial and hard working and always have a smile on their face. I have great respect for the people and culture of Mexico.

So when I read this piece on a proposal to build a “binational border city” instead of a wall between the US and Mexico, it got my attention.

Mexican architect Fernando Romero has proposed a new city be built between New Mexico and Texas in the U.S. and Chihuahua in Mexico. It would look like this from the sky. 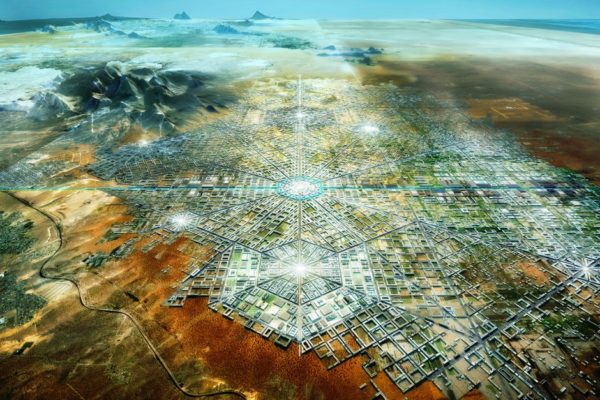 I like the contrarian thinking. Instead of restricting trade and cross border economy between the US and Mexico, expand it.

It is my strong belief that globalization is a reality and we can’t put the genie back in the bottle. We should accept it and figure out how to work with it to everyone’s advantage.