When Google announced their Pixel smartphone a few months ago, I bailed on my plans to move from the Nexus 6P to the iPhone 7 and instead ordered the Pixel XL. This marks the end of several years of going back and forth between Android and iOS. I may start doing that again. Or I might just stay on Android. It’s hard to know. Other than iMessage, there is not much I prefer about iOS these days.

The Pixel XL was backordered and I finally got mine last week. I spent the past few days configuring the Pixel and logging into all of my primary mobile apps. I swapped the SIM card a couple days ago and have been fully on the Pixel for the past two days. 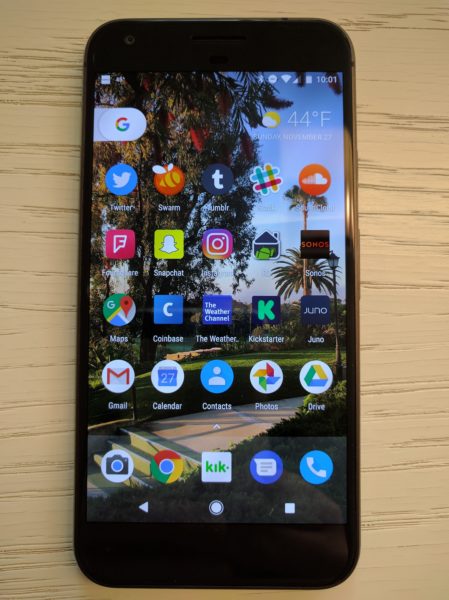 Here is the back of the phone: 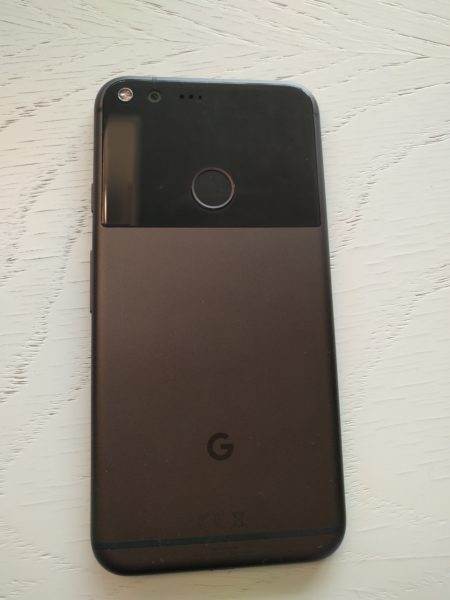 So here is the thing. I really like the Pixel XL. But it’s not really much different than the Nexus 6P that I’ve been using since this past spring when I went back to Android from iOS. They both have a fingerprint sensor in the upper back of the phone. They both have a large 5.5″ display. They both have really nice cameras, good battery life, and are snappy.

Maybe there is something I will discover about the Pixel XL that will make me appreciate it a lot more than the Nexus 6P. Or maybe one high end Android smartphone is more or less the same as another one.

For me what matters most is the Android software, the Google application suite, and the camera, battery life, and fingerprint unlock. That combo is hard to beat. And that’s why I am sticking with an Android phone this winter instead of going back to iOS.