If You Need A Drink After Voting

If you are like me, you might want to celebrate the end of a shrill and divisive election season with a stiff drink or a strong coffee.

And our portfolio company Foursquare has the exact tool you’ll need to do that.

Go here and enter your home address and Foursquare will map your voting place and bars, restaurants, and coffee shops nearby.

Here is my map: 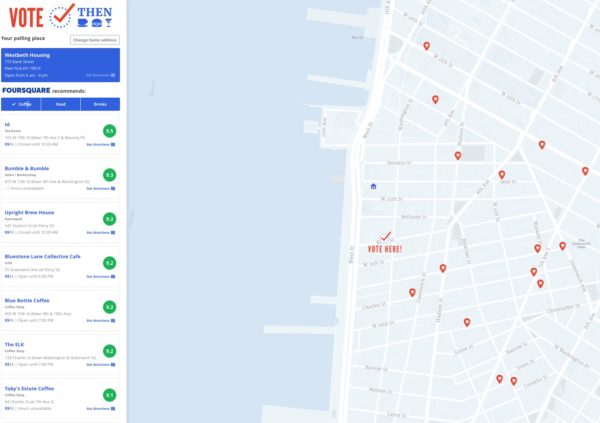 I plan to vote bright and early on Tuesday morning and then head to one of these many excellent choices for my morning coffee.

And, whatever your political orientation, I hope you go out and vote on Tuesday.