Two years ago, on January 30th, 2015, Dronebase founder Dan Burton flew a DJI Phantom 2 Vision+ drone over a quarry in southern Orange County California and captured a TNT explosion in the quarry that turned big rocks into little rocks. 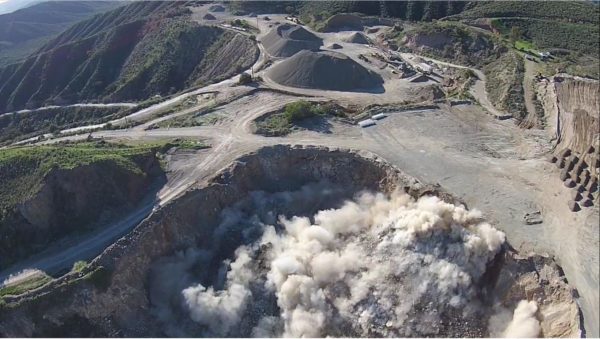 Dan was paid $300 by the quarry owner to do the mission.

And thus, our portfolio company Dronebase was created. USV invested a few months later as Dan and his partner Eli were doing Y Combinator.

In a remarkable coincidence, two years later to the day, a drone pilot in Boston named Michael K completed Dronebase’s 10,000th mission, flying a DJI Inspire One Pro drone over a construction site.

The key insight that Dan had was that a network of freelance drone pilots all over the world working on a platform designed to to get drone pilots working within hours of a job coming in would drive that kind of scale. And it has. In addition, Dronebase is committed to delivering commercial grade drone flights at prices that customers can afford.

If you are paying more than a few hundred dollars for a commercial grade drone mission, you are paying too much. By driving down the cost of drone missions, Dronebase has brought a lot of work to its pilots an has paid them over $1mm over the last two years and that number is now scaling rapidly. Driving down the cost of drone missions also opens up applications that are not cost effective at higher prices. And that scales the size of the available market for drones.

It’s the classic story of the power of networks. Dronebase is a network of drone pilots doing commercial missions all over the world. And I’m convinced that is the winning model in the commercial drone services sector.

Congratulations to Dronebase and all of its pilots on completing 10,000 missions. I’m looking forward to writing about the 100,000th flight soon.