If someone were to ask what the most successful startups of this decade are, the answer would likely be Snap (market cap $22bn). Uber and Airbnb might also be on the list although those companies were launched in the prior decade (2009 and 2008 respectively).

But what might be missed is the massive success of the decentralized startups, most notably Bitcoin (BTC) and Ethereum (ETH) this decade.

Look at these charts: 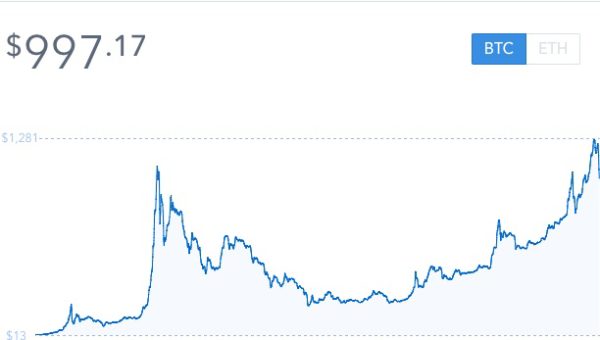 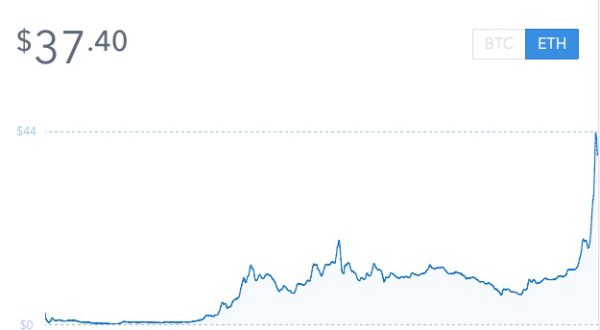 During this decade BTC has gone from essentially zero to about $1000/share which is a market cap of $16.3bn.

If anything, ETH is an even more impressive story. In less than two years (Ethereum was initially released in July 2015), it has gone from zero to a market cap of $3.4bn.

And anyone located anywhere in the world can invest in these decentralized startups and profit from them, unlike the traditional startups.

Obviously, there is no way to know where we go from here. Does ETH go to $100 or $5? Does BTC hard fork and cause the price to crash?

But of course the same is true of Snap, Uber, and Airbnb. Past performance is no guarantee of future success.

And it is also true that using traditional valuation methods (DCF, etc) on these decentralized startups is really hard. One of USV’s investors (LPs in the industry vernacular) asked me how to value a digital asset. It’s a great question and one we are working hard to understand. We don’t know the answer to it yet, to be honest.

But this much I know. There’s a new game in startup land. A new way to do things. And it is working for a lot of people who are playing that game right now.